Chronicling the political events and personal machinations that brought the exiled Catholic Scottish queen back to Scotland and into direct conflict with the Protestant uprising led by Elizabeth’s forces, Mary Queen of Scots is infused with a modern-day feminist sensibility that, despite its noble intentions, may or may not accurately reflect how things actually went down.
By Vickieon April 23, 2019
0 Comments
Our Rating 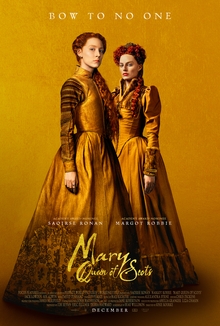 There’s a scene in this lush but strangely hollow biopic of the titular monarch that finds its heroine (Saoirse Ronan) meeting her estranged cousin, Queen Elizabeth I (Margot Robbie), for the very first time in a remote cabin filled with what looks to be dozens and dozens of wet muslin sheets hanging from the rafters.

The pair maneuver carefully and coyly around the space, teasing each other with words, each trying to catch a glimpse of the other while herself remaining hidden as best as possible. The whole thing was so bizarre and ridiculous that I thought to myself, “No way did this actually ever happen in real life… and, even if it did, how could ANYONE possibly know what these two women said to each other?!” (I looked it up after the film. I was right: it never happened.)

Though the above “scarf dance” (as I’ve decided to call it) sequence happens late in the movie, it’s nonetheless a perfect example of some of the iffier content in first-time director Josie Rourke’s retelling of the Mary Stuart story. Chronicling the political events and personal machinations that brought the exiled Catholic Scottish queen back to Scotland and into direct conflict with the Protestant uprising led by Elizabeth’s forces, Mary Queen of Scots is infused with a modern-day feminist sensibility that, despite its noble intentions, may or may not accurately reflect how things actually went down.

There are a number of cinematic choices in the film that, to me, feel like they were made with a decidedly contemporary slant… and unfortunately those moments took me right out of the (already rather slow and surprisingly flat) story. Would Mary really have lovingly told a gay-male consort (Ismael Cruz Córdova), who reveals that he feels more comfortable in women’s clothes, that it’s okay for him to be true to his nature? Was Mary’s husband, Henry (John Schneider doppelgänger Jack Lowden), really an insatiable pansexual with 21st-century-boy-band hair? Was her most trusted handmaiden (the woefully underused Gemma Chan) really Asian?

The filmmakers also seem to struggle to cram a whole lot of important history – with its backstabbing and back-and-forth allegiances – into two hours, which makes for such a dizzying amount of betrayals that it became hard to keep track of who was screwing over whom, and when, and why. They try to make it a little easier by having characters deliver exposition, but that just makes things feel awkward and clunky.

Screenplay and questionable plot points aside, the film does boast a very fine performance from Ronan, and it’s truly a showcase for her talents. By contrast, Robbie is relegated to a supporting role and really isn’t the film that much, relatively speaking – despite what the trailers might have you believe, this isn’t a two-hander featuring a pair of powerful female performances. As its title indicates, this is Mary’s story, after all, and Ronan enjoys the bulk of the screen time. Other supporting players include Guy Pearce, Ian Hart, Martin Compston and David Tennant, who are all strong if occasionally over the top.

In the end, though, Mary Queen of Scots was somewhat disappointing. I only had a vague idea of this chapter in the British monarchy before seeing the film, and I’m afraid I don’t know much more after having watched it. 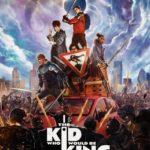 PreviousThe Kid Who Would Be KingNextHot Docs 2019 #1: BRING IT!