The confusing plot of Memento Mori involves a Carrie-like revenge-from-the-grave plot on an all-girls school.
By Lindaon October 12, 2013
0 Comments
Our Rating 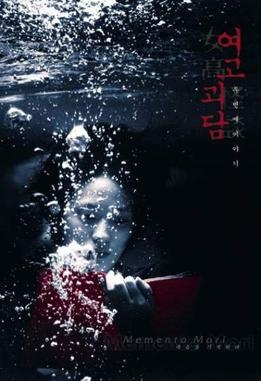 Hyo-shin and Shi-eun are high school lovers, that share much of their passion through a shared diary that they pass between each other. But one day, Hyo-shin commits suicide by jumping from the roof of the school.

The girls’ diary is discovered by a classmate, Min-ah, who, while reading it, starts to unveil the truth behind the tragic death, while at the same time becoming a bit possessed by the restless spirit of the dead girl who still has some things to settle.

Memento Mori, unfortunately, is all over the place. The timeline is baffling (flashback vs. present time), and some of the girls look similar and are hard to keep track of. But the film definitely had something going for it. This movie had some of the most hilariously realistic depictions of modern teenage girls (regardless of culture), that I’ve seen captured on film in a long time. The classmates of our tragic lovers completely steal the show, and almost make Memento Mori watchable.