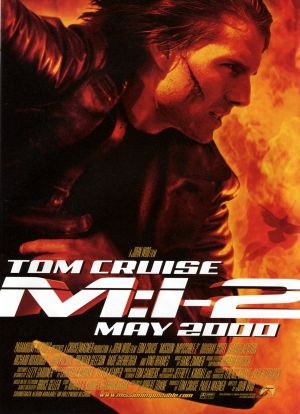 The mission of this film lies in the impossible stunts and effects, not in Ethan Hunt’s (Cruise’s) assignment to save humanity from a killer virus. Indeed, you’d have thought that only anime could provide such an aesthetic of violence by slow-motion defiance of physical laws and human anatomy. But thanks to 1999’s The Matrix and John Woo’s current thrill ride, we’ll never be able to take the limitations of the human body for granted again.

It’s almost enough to make you forget the gaping holes in plot and characterization that infect the film and ultimately doom it to amusement park sideshow status.

Woo reportedly said that he wanted to make this film a love story, but I fear he failed to convince me that Hunt and Nyah Nordolf-Hall (Thandie Newton) had any relationship deeper than hormonal drives: two parts adrenaline, one part testosterone and one part estrogen do not emotional chemistry make. Shaping the adventure plot around pharmaceuticals only drives home the fact that John Woo’s idea of a love story is purely biological.

Granted, the stunts stretched my conceptions of what was possible, and I appreciated the nods to the Japanese animation which inspired so many of them. Tom Cruise’s hair somehow managed to achieve those wild windblown proportions of anime heroes, and the motorcycle stunts served no other purpose than to homage the Japanese love affair with animated two-wheelers. I’ve never seen so extensive nor so effective a use of denim on screen as here. The images alone bound you to the screen and it’s no wonder he held the camera in slow-motion for so many takes. You just want to sit and let your jaw hang for another second or three.

But you also want the other characters on the IMF to have a significant role. (I’m sorry, but neither vanity nor gruffness is enough to give dimension to a character.) You want the screenwriters to come up with a plot device besides ripping a mask off someone’s face. And you want a little more sense of proportion and pacing in the film: the action sequences feel over-hyped and the interludes seem stiff and dull, rarely even doing their job of connecting one action scene to the next. For example, the whole “vacation” repartee seems forced and tacked on. Is saving the world just a job from which he can’t wait to get away? Also, instead of building suspense, forcing the IMF to wait for the bad guys to make a move allows boredom to seep in. Bad moves.

What’s more, M:I-2 makes the first Mission: Impossible film look positively faithful to the original TV series. All the virtues of that show (teamwork, subtlety, clever improvisation,) again fail to appear here, but without the intriguing twist of the original film. Instead, they’re simply replaced by an attempt at a younger, hipper, more American (or more Asian?) James Bond. What has happened to the IMF so that its officers constantly betray each other? Why does HERO still work for them? Why should we care at all about him or any of his missions?
For the incredible stunts, of course. And if that’s all you want, then catch a matinee. But don’t go in expecting a story, compelling or otherwise. It seems that, for John Woo, telling a story is the only mission he finds truly impossible. 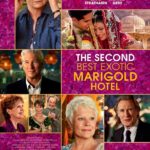 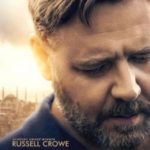