It’s a revenge fantasy for every demasculinized suburban man, and a brisk, super-violent comedy for everyone else. 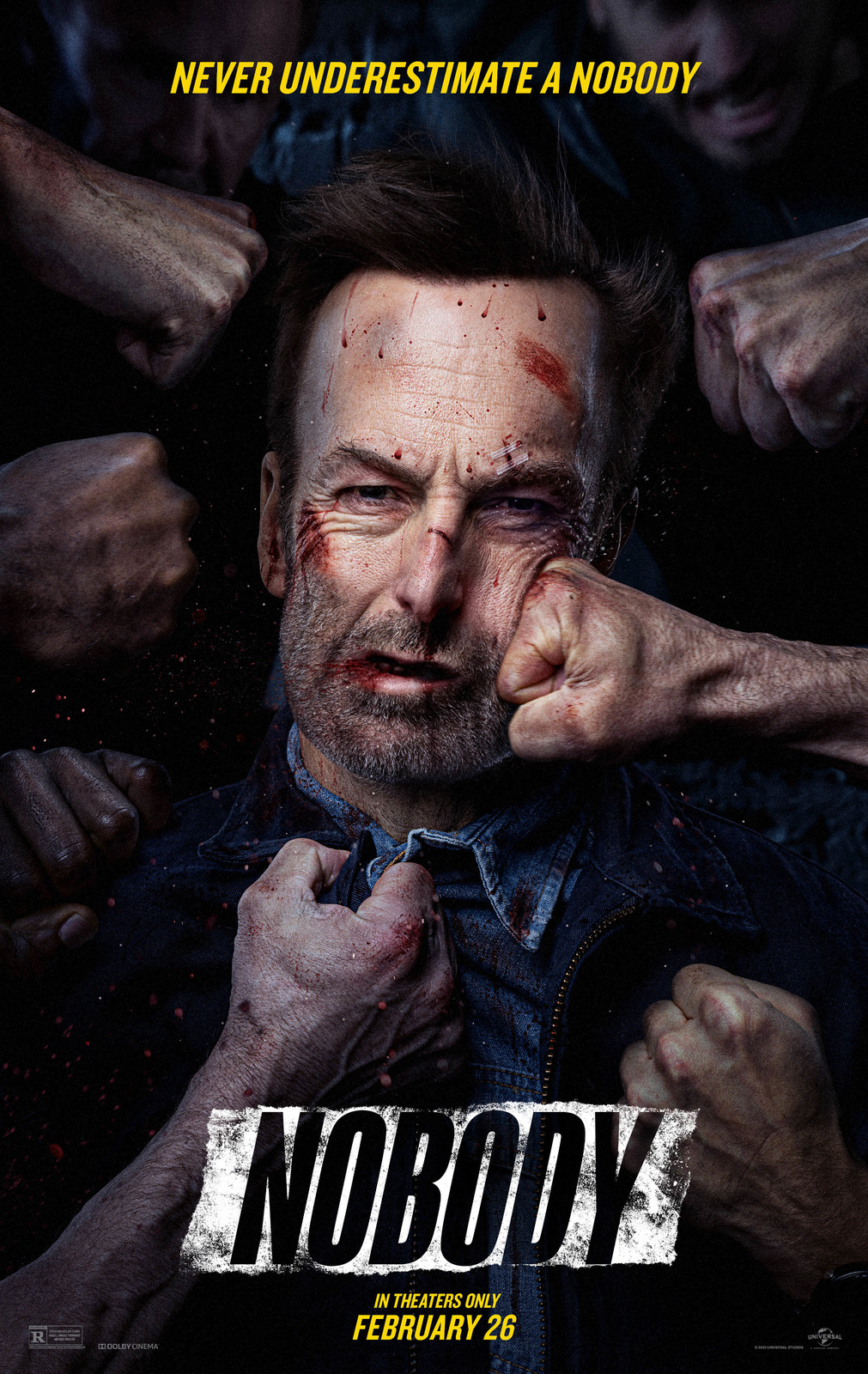 The last few years, it seems Hollywood has been struggling to find the next action hero as the tried and true stubbornly hold on to the mantle well into their 50s and 60s (though Tom Cruise doesn’t count, with his age-defying alien DNA). Silver-whiskered everyman Bob Odenkirk is the last guy you’d expect to see wielding guns and fists in a supreme level of badassery, but that is why Nobody works so well.

We meet Hutch Mansell (Bob Odenkirk) in a montage of suburban doldrums. Make breakfast, pour coffee, get ignored by his family, miss the garbage pickup, sit at his work computer, drink from the flask he hides in his office, come home, get ignored by his kids, and fall asleep next to his wife who keeps a body pillow between them. So when the family suffers a home invasion from a couple of burglars, it comes as no surprise that Hutch seems to choke when given the opportunity to take down one of the thieves. Everyone thinks he’s a chump and a wuss. This fills him with rage.

The average everyman story would end there, because he is, after all, a nobody. But Hutch goes out into the night, and literally smashes some skulls of some thugs threatening a woman on a commuter bus. Haha… WHAT. Where does this come from? Hutch has unleashed some astonishingly violent ninja skills that leave a gaggle of doofuses writhing, broken and in pain on the floor of the bus. Problem is, one of them dies at the hospital, and the guy is related to an infamously violent Russian gangster Yulian (Alexey Serebryakov).

Nobody is brisk, ridiculously fun, and (extremely) cartoonishly violent. Hutch eventually gets an assist from his elderly father (Christopher Lloyd!) and mysterious former colleague (RZA), as the Russian gangsters are on the tail of this seemingly innocuous suburban dude. Bad guys get disposed of in creative, graphic ways (extra credit to the character of Yulian for literally ripping the face off of a guy he doesn’t like), and the good guys just get bloodied and bruised. Was there a slow motion scene of Hutch walking away from an explosion? I don’t know, but if not, there should have been!

I’m sure there are a lot of holes and gaps in this film, but these movies are not about credulity, are they? Nobody is a shoot-em-up release that feels like a fun exhalation of frustrated energy in these days where is seems like we are all… waiting. If there is a sequel to Nobody, heck yes, I’d follow this skinny suburban white guy into the dark to see what sort of vengeance he’ll wreak.