Of Crime and (Black) Comedy: A Conversation with John Dahl 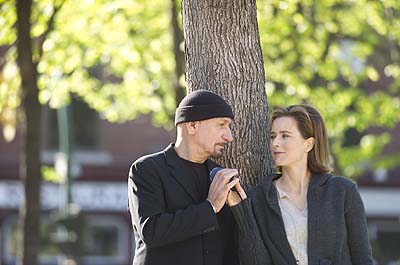 We loved John Dahl’s latest film You Kill Me here at The Pie, so we couldn’t have been more thrilled when he agreed to sit down and answer some of our questions. Here the director of Red Rock West, The Last Seduction, and Rounders discusses his eclectic career, getting lucky in the business, and everything in between:

What kind of kid were you growing up in Montana? Did you always want to be a filmmaker?

I never really thought about making film as a kid because it seemed so foreign. I loved movies, but didn’t know how to go about getting started. When I graduated high school I went to the University of Montana and majored in art. I did that for two years and realized it wasn’t for me. I thought I’d try commercial art. I got a job designing billboards in Billings. I enjoyed it, but it wasn’t that fulfilling. Around that time I realized they had a film department in Bozeman and I decided to give that a shot. Once I realized I could get a degree in filmmaking and study it, I was hooked.

What were some of your major influences and favorite films?

I’ve heard that you used to direct music videos. Can you tell us a little bit about the bands you worked with and videos we might recognize?

I moved to Los Angeles in 1982. I was getting out of film school as MTV was beginning to make headway. The record companies didn’t really know how to make music video so it was a great moment for young filmmakers. I started by drawing storyboards for music video directors. I did scads of these. Eventually I even did a few movies—Robocop, Something Wild and Married to the Mob. My first big break as a music video director was doing a Kool & The Gang video. Ultimately I did 3 for them. Ironic really, as a guy from Montana who played punk rock, I was able to direct quite a few R&B videos. I also did a couple country music videos and one for Joe Satriani, which was probably my favorite.

What are some of your favorite memories of working as a storyboard artist?

Working with Paul Verhoeven and Jonathan Demme was really a blast. Like going to film school all over again.

You have a history of working with incredibly talented actors and actresses. Have you been deliberate in your choices or just very lucky?

Is there anyone you haven’t worked with that you would like to?

I generally read a script and then try to figure out who to cast. Picking the actor first would be like putting the wagon in front of the horse.

Of your own films, which is most meaningful to you?

That’s like asking me which one of my kids do I like the best. They all mean something very special to me.

It has been said that You Kill Me kicked around Hollywood for years before Ben Kingsley picked it up. How did you become involved?

Stephen [McFeely] and Chris [Markus] wrote the script in 1997. It was their first screenplay. They used it to open doors and meet producers, eventually they began their careers as working writers but no one really wanted to make You Kill Me. It ended up on the shelf. Mike Marcus, one of the producers called them one day and asked if he could shop it around. He gave it to Carol Baum, one of the other producers who suggested they try to find an actor. She sent it to Ben Kingsley and he loved it. He agreed to help get it made and Carol and Ben sent it to me.

The reviews for this movie seem to be strongly positive or negative. How do you react to the critics?

Black comedy is a strange genre. It either works for you or it doesn’t. There is very little middle ground, which is why they are so hard to get made. When I’ve read some of the weaker reviews, I understand their points and agree—some things could be better. Then there are those reviews where it’s clear that the critic just didn’t get it. I understand that, I’m like that too. There are some movies I just don’t get. It’s just part of the business. You’re never going to make a film that is universally loved by all—art rarely works that way. You have to make something you like, listen to what you think works, listen to your critics, try to learn from them and keep improving.

What’s next for you?

I’m busy trying to put together cast and financing for other independent films. Unfortunately when it comes to casting, it’s hurry up and wait in the feature business.

Thanks John, we’ll look forward to your next project! 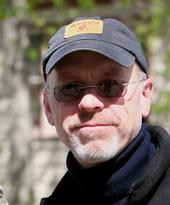 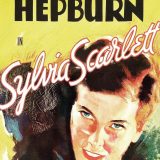 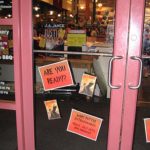