As someone who lurrrrrrrves Pixar films, I was super-excited for the animation juggernaut’s 22nd release – a textbook hero’s-journey story about two elf brothers trying to reanimate their late father for 24 hours. But the company has set the expectation bar so very high, and this fantasy-adventure – for all its well-meaning efforts – doesn’t quite clear it.
By Vickieon March 6, 2020
0 Comments
Our Rating 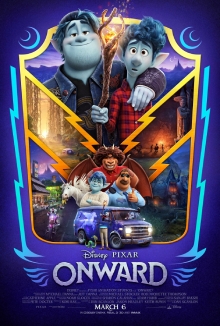 Onward’s backdrop is the idea that magic, which once saturated the world with wonder and spectacle, has been siphoned away over the centuries by technology and, well, general apathy. Unicorns are the new feral cats, centaurs take cars instead of galloping across town, and sprites have traded in whimsy to become perpetually peeved pint-sized biker bullies who don’t know they can fly. In this world live elf brothers Ian (voiced by Tom Holland), who’s a nervous-Nelly nerd, and oafish fantasy-obsessed Barley (voiced by Chris Pratt), who’s got a heart of gold under his somewhat bumbling, lumbering frame. On Ian’s 16th birthday, the boys’ mother (voiced by Julia Louis-Dreyfus) presents the pair with a gift from their late dad, who died when Barley was a tot and before Ian was born: a magical staff, an enchanted stone and illustrated instructions for a spell that will bring him back from the dead for one full day so he can find out who his sons grew up to be.

But after the spell goes awry halfway through and the stone is smashed to smithereens, only dad’s lower half is on hand. No head, no arms, no torso… just legs and feet. D’oh! This sends the brothers on a wizard-worthy quest to find a replacement stone so they can finish the spell and see (all of) their father before the sun sets again. Along the way, they work through their complicated relationship, learn to embrace their own quirks, and encounter an array of colorful characters – including a beleaguered Manticore (hilariously voiced by Octavia Spencer), who’s gone from wreaking havoc and evoking terror to half-heartedly slinging appetizers at a Medieval Times-esque “tavern.”

Buoyed by terrific performances from Holland (who basically delivers Peter Parker v.2.0… but it works well here) and Pratt (brilliantly boisterous and unexpectedly moving at the same time), Onward is a sweet and poignant tale that will do for brothers what Frozen did for sisters. It follows a very familiar trajectory which is simultaneously a help and a hindrance – on the one hand, the “hero’s journey” blueprint provides the characters with a tried-and-true map to follow, literally and figuratively. But on the other hand, it also makes most of what unfolds feel somewhat ordinary or ho-hum. Not exactly what one hopes for in a movie about rediscovering the joy and excitement of magic.

I kept waiting for a big “wow!” or “OMG!” moment, but it never arrived. As much as Onward ticks a number of requisite Pixar boxes – spectacularly beautiful visuals; subtle setups and well-timed payoffs; running jokes; clever one-liners and winks; and the inevitable crying headache virtually all of its films’ finales deliver – the movie lacks a bit of the depth, power and magic of its practically perfect predecessors.

That said, Onward is undeniably heartfelt and nonetheless successfully carries on the Pixar tradition of squeezing big, sloppy tears out of me. Its climax had me sobbing and brought the proceedings to a satisfying conclusion. Audiences will no doubt enjoy Ian and Barley’s pixie-dust-infused misadventures – kids will like the comedy (not quite as clever as Toy Story), and parents will probably ugly-cry at the yearning for just one more moment with a deceased loved one (not quite as gut-wrenching as Coco). And that’s good, because I suspect these brothers will be back on screens someday for another go-round. 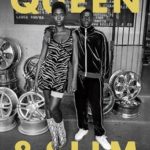 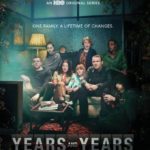