I may sound like a cranky old lady banging her cane on the floor, but I just don’t get it.
By Lindaon July 10, 2013
0 Comments
Our Rating 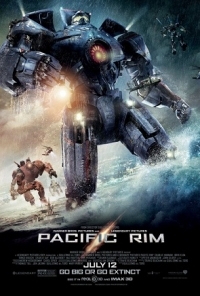 I don’t understand the appeal of watching giant robots smashing things to bits. No, I take that back. I liked The Iron Giant, and Studio Ghibli does fantastic things with robots. Maybe I hate anything with giant robots that resemble Transformers, which I loathe (at least the movies). The success of the stinky Transformers films means that Hollywood will churn out more and more crappy-ass, huge budget movies made for 12-year-old boys. I may sound like a cranky old lady banging her cane on the floor, but I just don’t get it.

And before you think I’m a helpless case, in its ridiculously-long prologue, I thought Pacific Rim might… just might have some potential. We are told about how a giant dilating cleft has opened deep in the ocean, birthing-forth giant monsters dubbed Kaiju (which is Japanese for… giant monsters). Apparently this only happens in the Pacific Ocean, as soon major Pacific Rim cities are laid to waste by Godzilla’s cousins (while the Atlantic folks twiddle their thumbs apparently). Oh, and I guess the beasts are aliens, but live under the ocean. I didn’t quite get that, but whatever.

Mankind finally figures out how to fight back with giant robots, dubbed Jaegers. Jaegers are piloted by two humans, who merge their brains in some sort of mental drift. It’s basically like they are hooked up to a giant Wii where every time they step, the robot steps, and every time they simultaneously pump their fist into their palm, their robot does the same (this in particular seems to be a bit of silly, time-wasting posturing).

Our hero is a guy named Raleigh (Charlie Hunnman, whose wobbly accent can be forgiven by the fact that he takes off his shirt three times in the first half hour). Raleigh is an effed up pilot, because he saw/felt his brother die in a Jaeger defeat years before. But now that the dilated cleft (I just wanted to say that again) is birthing two, and eventually three Kaiju at a time, Raleigh’s mad Jaeger fighting skills are needed!

There is an attempt at making an interesting female character (aka potential love interest) in Raleigh’s pilot-partner Mako (Rinko Kikuchi), but she has little to work with other than going into deer-in-headlights mode when she faces her worst fears (which mucks up the drift, see?). The only actors that come out with some dignity intact are Idris Elba and Ron Perlman. Elba is the head honcho of the Jaeger crew, and, in my opinion, would have earned the film another slice of pie if he, too, took off his shirt. And Ron Perlman shows up for a few brief scenes, with a gold grill and cowboy boots to match, as a black-market Kaiju-parts peddler. His scenery-chewing hints at the kind of movie this could have and should have been.

Instead, there’s over two hours of robots smacking around monsters, and knocking down entire cities in the process. The battle scenes go on. And on. And on. And on. The only passion in the film is that of the CGI animators getting off on creating an endless monster vs. robot fights in the eternally rainy nighttime or in the eternally murky depths of the ocean. Me? I was just bored silly.

If you loved the movie, you are sure to love the extras, as Guillermo del Toro always aims to please. Del Toro offers a lively audio commentary, plus there are over a dozen featurettes (aka “Focus Points”), covering topics ranging from covering various sets from the film, to the background of Kaijus and Jaegers (including the cultural tradition of Kaijus… aka the big-ass monsters), to getting “Inside the Drift”. “The Director’s Notebook” gets further inside Del Toro’s ridiculously creative mind, plus there is an additional featurette about the CGI that went into creating the world of these monsters and robots. Additionally, there are deleted scenes, bloopers, galleries of The Shatterdome, and more. 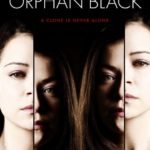 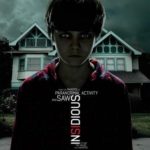