In an intriguing film development that I just got wind of, Nicole Kidman will be playing the lead role of Einar Wegener, the world’s first post-op transsexual, in the adaptation of the novel The Danish Girl by David Ebershoff. The novel, based on a true story, follows Einar’s struggle with his need to become a woman, whom he and his wife Greta have dubbed Lili. Through Einar’s change from man to woman (via the first sex change operation) Greta stays by her (wo)man, so it is a moving love story. Gwyneth Paltrow has just been announced in the role of Greta (and has apparently replaced Charlize Theron… drat!). Two Oscar winners in the leads? Talk about cred! Plus, exciting Swedish director Tomas Alfredson (Let the Right One In) directs.

0
PreviousA Jacksons reality TV show? Is it too soon?NextThe curious case of Ben Stiller bustin’ out of his pants 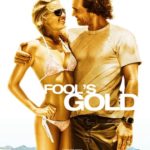