I remember the exact moment that the Steven Spielberg’s 1991 movie Hook lost me. It was when the Lost Boys started skateboarding. Come ON! I shook my fist at the screen at the weird attempt to lure modern kids into the classic adventure. Funny enough, I can now also name the exact moment that Pan (an “origin story” to the famous story, if you will) lost me in the same way. 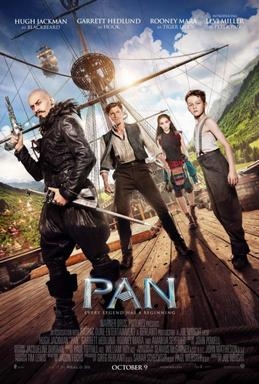 After a pretty spectacular start, with a three-master pirate schooner literally sailing through the air in the midst of a WWII London blitz (cool!), I was giving this movie the benefit of the doubt. Orphan Peter has been snatched from the orphanage by pirates and brought to Neverland, which strangely looks like the mines of Mad Max: Fury Road, with boy-children toiling with pick-axes. As the dictator of Neverland, a sinister pirate named Blackbeard (heavily made-up Hugh Jackman), comes to wild chanting. Wait, what are they chanting? Am I hearing this right? “Here we are now! Entertain us! I feel stupid! And contagious!” Oh dear. Before I could recover from the Nirvana bastardization, the boys were well into, “Hey! Ho! Let’s go!” (As I slap my palm to my forehead, the Ramones roll over in their graves…)

Young Peter (Levi Miller) learns that he is potentially the long-lost son of a faerie prince and a mortal woman. When he returns to Neverland, as the Boy Who Can Fly, he will supposedly be the savior of all the natives and faeries and other creatures that have been supposedly quashed under Blackbeard’s dominance. The problem with being able to fly, as we all know, is that You Just Have to Believe… and poor Peter, after the initial fluke of discovering his skill, is not the most confident boy.

Beyond the casting of Hugh Jackman (who, unsurprisingly, makes the most out of a thinly-written role)  and some truly spectacular special effects, Pan lurches and struggles. Peter’s buddy is a guy named Hook (get it?) who, himself, is spectacularly miscast (sorry Garrett Hedlund). He acts broadly like a second-rate Indiana Jones. Then we have the Indian Village (can we call it that?). They are not really Native Americans, see. They are referred to as “savages”, then PC Peter says, “Maybe they are nice?” and then they are referred to as “natives”.

The natives live in what seemed to be the Ewok Village that has been (again) spectacularly yarn-bombed. Wow. What the hell? Each of these natives are apparently native to different corners of Neverland, as there is an aboriginal chief, a Thai martial artist, and of course a white princess, Tiger Lily (Rooney Mara, who herself appears to be unfortunately yarn-bombed). Tiger Lily takes things very seriously, Hook is waving his arms around being a wacky adventurer, Blackbeard seems angry and tortured, and Peter just really wants his mom.

But don’t listen to me about this hot mess. My 7-year-old companion said this about Pan: “I thought it was great!” As we all know, he is the target audience. So, adults, grit your teeth and bear it, as the tots in your life may actually be entertained.

For a film with so much flash, special effects, flying, and, well, YARN, the Blu-ray special features are a bit scant. There is a feature commentary from director Joe Wright, a featurette about the history of the story of Peter Pan, plus a short about casting Levi Miller as Peter, a piece about Blackbeard, and an intro to the technicolor Neverland of the film. 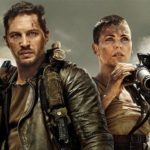 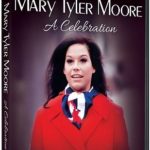