If Liam Hemsworth had a pulse and Harrison Ford were capable of getting excited about anything at all, Paranoia may have been a sleek corporate thriller on par with Wall Street. Instead it feels both overly elaborate and formulaic at the same time, and there’s little reason to connect with any of the characters. The result is a movie fraught with double crossing, deceit, and intrigue that seems as though it was pulled straight out of a screenwriting playbook. 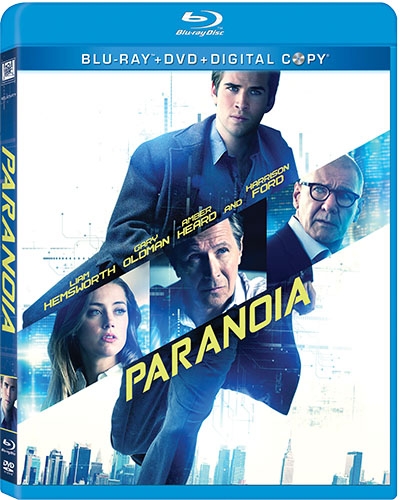 Adam Cassidy (Hemsworth) is a young whippersnapper just finding his feet in the tech industry. Though he’s at the bottom of the corporate ladder, he’s determined not to turn out like his dad (Richard Dreyfuss), who evidently lived an ordinary life and (in Adam’s opinion) allowed himself to be taken advantage of by The Man. Adam’s not going to be another peon. He’s going to strike up a personal relationship with The Man himself and see if he can get screwed in such a way that will leave him facing time in a federal penitentiary. Cause that’s WAY better than working for paltry benefits and poor pay.

After making an impression on company heads Nicholas Wyatt (Gary Oldman) and Dr. Judith Bolton (Embeth Davitz), Adam is recruited to infiltrate a competing company and steal secrets from Wyatt’s rival, Jock Goddard (Harrison Ford). What a privilege! They give him a fancy car, a sleek wardrobe, and feed him all the right moves. Soon he’s in with Jock, gathering intelligence, and falling in love with Emma Jennings (Amber Heard), but we all know this can’t end well. Adam’s legitimate connections are using him as a pawn, and the new identity he’s establishing (as a smart, young executive) is a ruse.

It’s not long before both sides are using Adam against one another, and though he’ll be left holding the ball, it’s clear he never really knew the rules of the corporate spy game he was playing. Predictably, Adam finds his way out of all this treachery and greed, back to a simple and honest way of life. The story itself is interesting enough, but would need to be carried by a more compelling cast to be memorable.

The Blu-ray + DVD + Digital Copy edition of Paranoia includes deleted scenes, the featurette “Privacy is Dead”, a making of featurette, and profiles of the film’s stars. 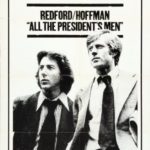 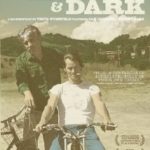