I guess if your dead husband was hunky Gerard Butler, it may be a little hard to move on.
By Lindaon March 15, 2009
0 Comments
Our Rating 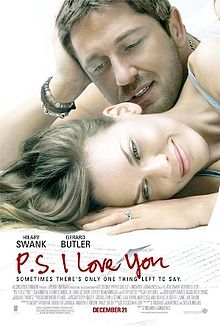 In the opening scene of the tear-jerking romance P.S. I Love You, we meet Holly and Gerry Kennedy (Hilary Swank and Gerard Butler). They got married young, and are still young and beautiful after 10 years, but boy do they bicker. Sure, the fighting is followed by make-up sex, but all I could think of was how much I would hate to share an apartment wall with this screaming couple. And as soon as Gerry says, “I will never leave you…”, you know that he will, one way or another.

But since this is a weepie, he doesn’t just walk out. The opening credits finish, and then we find out that Gerry is already dead! Here we are at his wake, with Irish music playing and all of his friends and loved ones drinking in their favorite NYC pub. Apparently Gerry had a brain tumor, and BAM! Holly’s life changes forever.

But what Holly doesn’t realize is that Gerry isn’t about to leave her alone. P.S. I Love You treads much of the same ground as Anthony Minghella’s cult favorite Truly, Madly, Deeply as it portrays a dead husband that won’t just let his wife move on. In Gerry’s case, he has set up for a series of letters to arrive in Holly’s hand in creative ways—letters that of course originally (and unsurprisingly) freak her out, until they become her lifeblood. Just when Holly seems to be adjusting to getting back on her feet, learning to laugh again with her best pals (played by Lisa Kudrow and Gina Gershon), along comes another letter from Gerry to throw her for a loop and fling her back into her swoony memories of a dreamboat who is gone, gone, gone.

Of course, since this is a chick flick, a couple of potential love interests are introduced into Holly’s life: the goofy bartender Daniel (Harry Connick Jr.), who doesn’t seem to have a filter for saying weirdly inappropriate things, and (via a jaunt to Ireland of course organized by Gerry) a hottie hot hot Irishman named Billy Gallagher (Jeffrey Dean Morgan, with a weak but forgivable accent) who happens to be Gerry’s old friend, and looks more than a little like him (aka they only grow swarthy sensitive hunks in Eire).

P.S. I Love You isn’t as gawd-awful as I expected. This is probably because it features an overall fine cast that struggles to make the material better than it is. Gerard Butler is swoony and hot (I mean, really, how can he not be?), Hilary Swank is fine, and heck, even Kathy Bates shows up as Holly’s mom, and gets one of the most reality-slapping moments in the film, as she talks about losing her man too, but he walked out on her. Not as glamorous as simply dying and leaving you pining.

Folks who like movies like The Notebook will eat up P.S. I Love You. Folks who think Gerard Butler is hot will also enjoy it. And heck, if you like all things Irish, the film actually has a great soundtrack of Irish-tinged music, as well as some very nice scenes featuring the beautiful Irish countryside as Holly goes to her man’s homeland to find some sort of peace. Despite being at least a half hour too long, P.S. I Love You is a passable rainy-day romance. 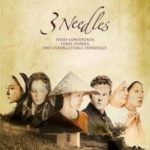 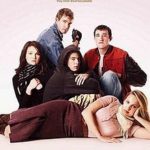