Try not to cry. I dare you. 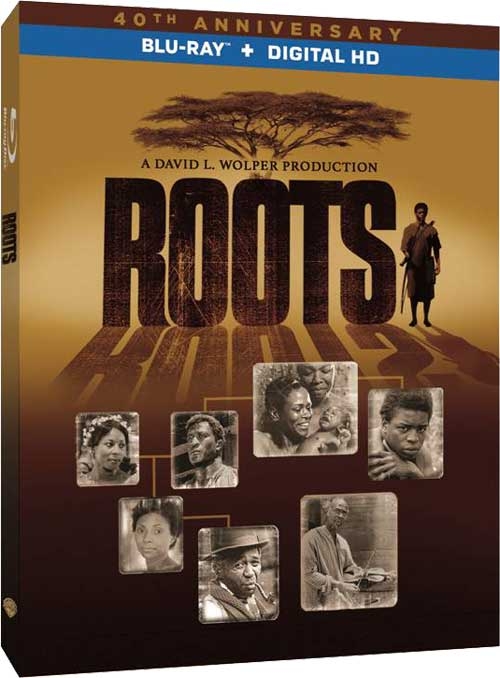 When Roots originally aired over 8 nights in January 1977, I was six years old. I remember being aware that it was on TV, because my brother and I were shunned from the rec room where my parents were watching it every night. My parents would emerge somber, my mom sometimes crying. It was definitely adults-only viewing.

It took me 40 years to finally watch the series (binge-watching it in two days, as it was meant to be seen). I was a little concerned that the series would be dated, like so many of the “event” mini-series that flooded the small screen in the late-70s and 80s. But Roots retains its power as an epic story of struggle, where every small triumph seems to get whipped (literally) into submission, until we are left with a glimmer of hope.

The story starts in the mid-18th century as a young West African man named Kunta Kinte (LeVar Burton) is literally snatched from the land by slave traders, shackled with scores of other unfortunate victims, and thrown onto a slave ship to be transported a world away. There is the classic slow-motion shot of shirtless, loin-clothed Kunte Kinte, surrounded by his captors as they close in–thrashing in his chains, arms raised to the sky as though for help, before he falls to his knees. Try not to cry, I dare you.

What I didn’t realize about Roots is the 10 hours isn’t all about Kunta Kinte, as I had always thought. The story follows 100 years of his descendants, up until right after the Civil War, when one of his kin finally gets freedom in this new world. During this 100+ year epic, there are whippings, escapes, rapes, mutilations, and more. Just to give you a taste of what you are in for, the first episode has beloved actor Ralph Waite (best known as Pa Walton from The Waltons) as slave trader Slater, spouting off about “nigger bitches” with a lewd, sadistic grin. This series was not softened for television, and honestly I wonder if a show like this would ever been made for network television now.

The cast is a who’s who of 70s talent, from Cicely Tyson to Ben Vereen to Robert Reed (Mr. Brady!) to even George Hamilton, Maya Angelou and OJ Simpson. There is not a weak link in the outstanding cast, even when faced with distractions like some awkward aging makeup, and the fact that adult Kunta (John Amos) didn’t look a lick like his teenage self. My personal MVP awards go to Georg Stanford Brown, as Tom, Kunta’s righteous and strong great-grandson, Madge Sinclair as Bell, who nurses wounded Kunta back to health then marries him, and shoot, even Sandy Duncan, who by being so Nellie-Oleson-horrible makes a huge impression on how despicable some of the slave-owning whites could be.

Initially, I was about to dismiss Louis Gossett, Jr.’s character of Fiddler, whom even the actor describes in the extras as an “Uncle Tom” character… but dammit if he doesn’t provide one of the most heartbreaking scenes in the series as he cradles Kunta’s bloodied, whipped body in his arms. You realize how people like him have been completely lost in history, which is why Roots was, and is, such an important series.