Show me a lamer Santa than George Wendt in Santa Buddies, and I’ll show you a real dog whose lips moves when he talks.
By Lindaon December 10, 2014
0 Comments
Our Rating 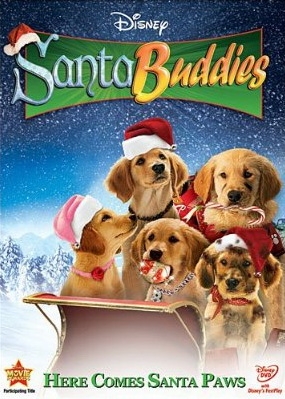 Now, call me a freak, but I kind of enjoy the Buddies series of movies. You know, these straight-to-video spawn of Air Bud family flicks that follow the doggy family of Buddies… those crazy golden retriever pups—B-Dawg (with his hip-hop speak), food-loving Budderball, Buddha (“Namaste!”), Rosebud (the only girl of the bunch), and the unclean Mudbud—and their never-ending hijinks. So this time the Buddies save Christmas! Yes, it’s true! Would you expect anything less?

The premise is of course ripe for Buddy adventure, but its bizarreness is present from the start. You see, Santa (lethargic George Wendt) and his right-hand dog Santa Paws (voiced by Tom Bosley, who clearly would have made a better Santa than stinky Wendt) are lamenting the fact that the great Christmas Icicle is melting at a pace faster than you can say global warming. You see, the Christmas Icicle represents Christmas magic and it is melting because the G-D kids don’t believe in the meaning of Christmas anymore. If the Christmas Icicle (which hangs from the ceiling of a cave right out of Harry Potter and the Half-Blood Prince) melts, well, there will be no Christmas magic to power Santa’s sleigh so that he can deliver presents to the good Christian children in Tokyo and Mexico City. Oh, and the reindeer have the flu.

BUT! In the meantime, Santa Paws’ slacker son Puppy Paws (yes!) is tired of being at the North Pole, so he jumps in Santa’s mail truck (!) and sneaks a ride to Fernfield, Washington to meet Budderball, a pup who should be loads of fun because he is on the naughty list. Well, Puppy Paws meets the Buddies for sure, but life as a normal dog is not exactly what he thought it would be. For instance, those normal dogs don’t have Puppy Paws’ magic collar with a magic crystal (!) that can make dog pound cages unlock, mud disappear from walls, broken Christmas tree lights illuminate, etc. And of course, as the Christmas Icicle continues melting, it is up to Puppy Paws and the Buddies to save Christmas!

There are some good things about Santa Buddies, and surprisingly most of them are in the form of, yes, the dogs who talk with animated lips. I don’t know why, but I have no trouble with this. The problem instead lies with the boring humans (again, Wendt: Santa FAIL!), the noticeably wretched CGI (it is truly terrible), and the weird mishmash of traditional Christmas tradition (prayer, sharing, forgiveness) with bizarre creations like magic crystals (Santa has one, too!) and the Christmas Icicle. The only human character that comes across as a real person is earnest and sweet Danny Woodburn as Eli the Elf. He seems like the only actor who doesn’t phone it in.

(Oh, and one more thing, would you judge me if I found one of the elves to be a hottie? Nic Novicki, you may be a little guy, but here’s hoping you can find a varied career like Peter Dinklage, because you’re yummy!)

Extras include sing-along Christmas carols where you can sing with the pups by following along with the lyrics, plus a music video of “Santa Claus is Comin’ to Town” by one of those Disney-boy pop singers. 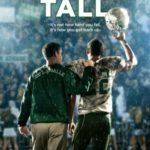 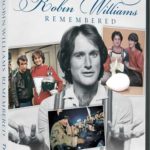