If you want a perfect example of how to be an imperfect Christian, Saved has you covered. 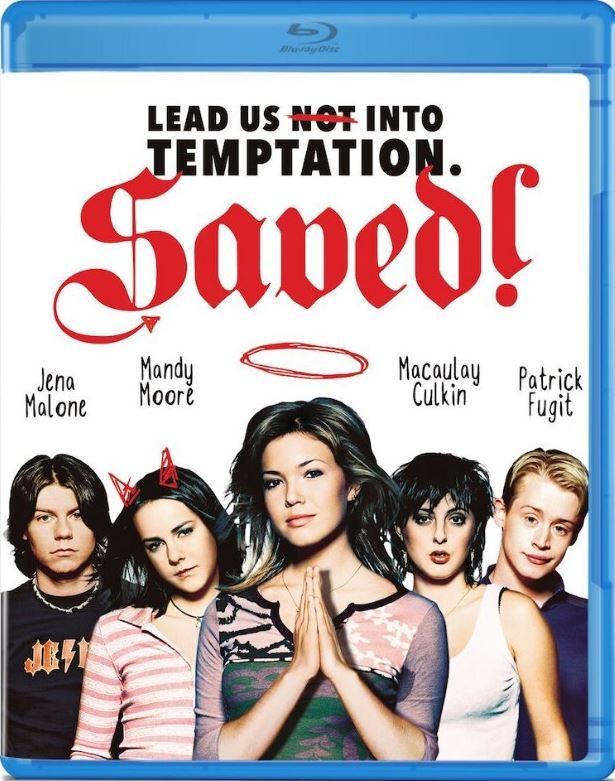 Set at American Eagle Christian High School, Saved! is the story of Mary (Jena Malone), an ordinary teen whose world is turned upside down when her boyfriend reveals that he is gay. Troubled, Mary feels that it is her responsibility to help him. Most girls would view remaining a supportive friend “helping”, but Mary’s religious teachings tell her that the only real way to save Dean (Chad Faust) is to set him straight. Literally.

After many unsuccessful attempts to arouse Dean’s interest in her (and by default, the opposite sex in general), she decides it is her duty to sleep with him, thereby curing the gay. This works about as well as you might expect: Dean remains gay and Mary gets pregnant.

The plot thickens when school starts. Dean’s parents discover his secret and immediately send him to Mercy House, a facility designed to fix wayward Christian youth. Soon after, Mary learns that she is pregnant, a reality she can share with no one. These two events quickly drive a wedge between Mary and her best friend, Hilary Faye (Mandy Moore), a controlling, sanctimonious alpha girl bent being the best Christian of all time. This doesn’t translate to behaving in a Christian manner – it just means Hilary Faye REALLY wants to be better than everyone else.

After Hilary outs Dean to the entire school and launches a campaign to save his soul, Mary begins pulling away. She knows that her own secret would bring the same level of alienation and humiliation if it were found out…Or would it?

Though somewhat exaggerated in tone, there’s very little in Saved! that doesn’t ring true to life. It’s hilarious, full of heart, and, most of all, on point. As Hilary Faye gets her much deserved comeuppance, Mary and her newfound friends illustrate that the best way to “save” someone is to offer them acceptance, forgiveness, and kindness.