Who wants to think about “til death do us part” when you’re not even sure you can make it through the night without going insane?
By Jenniferon August 24, 2014
0 Comments
Our Rating 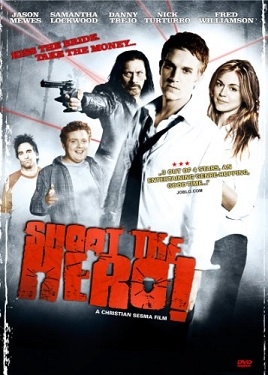 There comes a moment in most relationships where you really start to wonder if you can handle your partner’s annoying tendencies for even one minute more.  It’s hugely unfortunate when that moment coincides with the night he decides to take you ring shopping, you know, so you can start really moving toward a future together.  Who wants to think about “til death do us part” when you’re not even sure you can make it through the night without going insane?

Such is the case for Nate (Jason Mewes) and Kate (Samantha Lockwood), a seemingly solid couple who have reached that awful crux in their relationship.  They are instantly relatable as they quietly bicker over mundane details.  Clearly they know one another inside and out, but it’s that same familiarity that’s breeding boredom and contempt.  A surprise after-hours trip to the jewelry store isn’t winning any points with Kate, and poor Nate, in his boring, predictable way, just wants to make it all okay and get on with their happily ever after.

You would think that winding up in the middle of a jewel heist would dampen Kate’s spirits even more, but instead it provides just the sort of excitement their relationship needs.  With a mob boss (the always badass Danny Trejo) on their trail, Nate and Kate pick up the stranded Smith brothers (Nic Nac and Mike Hatton) and unwittingly embark upon the wildest night of their life.  Their journey is packed with subtle humor, pathos, plenty of action, and a happy ending that blows every other romantic comedy out of the water.