Shootin’ the Sh*t with Kevin Smith: The Best of the SModcast 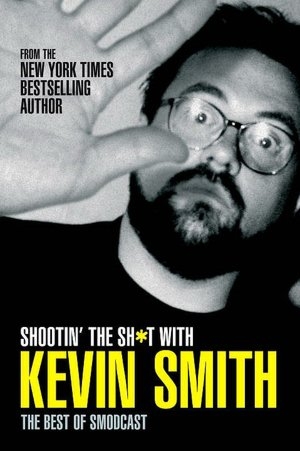 This book is not really *written* by Kevin Smith, but it is literally just transcripts of his podcast called, well, “Smodcast”. Enjoying the sound of his own voice, and that of his hilarious buddy Scott Mosier, they decided to share these random conversations in a podcast. Topics? You know, just whatever is on their mind. And later, when Scott wasn’t always available, Kevin would have some of his other friends sit in and shoot the shit. And that is really all this book is.

But you know what? It’s funny. And in many cases, it’s really really funny.

But such philosophical questions do persist in the Smodcast, so I can see exactly where Smith’s flair for completely absurd dialogue in his movies comes from: it comes straight from chats with his friends. In fact, there’s really no way to illustrate how ridiculous the topics are without a sample. Here, Kevin (KS) and Scott (SM) talk about the amazing story of Helen Keller and Annie Sullivan:

KS: Do you think Annie Sullivan had to teach Helen Keller the term “fart”? She had to give her language for everything. So do you think maybe they’re sitting there, and they’re doing their lessons, and Helen Keller farts, and then Annie Sullivan has to be like, “Fuck, now I’ve got to teach her what a fucking fart is…”
SM: Possibly.
KS: And she signs it into her hand, like, “Anytime a little wind comes out of your hiney, that is a fart.”
SM: And then, she could smell, too, she had the power of smell.
KS: She did. Well, I believe she did.
SM: You’re not gonna take that away from her.
KS: I didn’t attribute any of the olfactory sense to her. Alright, so she smells it and then she signs in her hand — just imagine how long it takes to sign this sentence: “That thing you’re smelling, that odor, that is… we call it a fart, it comes out of your butt, we call it a hiney burp…”
SM: Well, with sign language, it becomes words. Like at first you teach an alphabet — just like with normal kids, it’s like you’re going to teach an alphabet, and out of that alphabet we create words, and out of those words we create sentences. So at a certain point, I don’t assume that Annie was doing like… she didn’t have to spell out every letter, she could sit there and say, “This is a…,” those words, then say, “Fart.” She didn’t have to go “T-H-I-S…”
KS: That would fascinate me, if there was a comprehensive biography…
SM: The words taught?…
SM: Day 78: ‘Fuck’…
KS: Annie was mad at somebody and she was just like, “Fucktard”…

Well, you get the idea! And that is one of the rather tame conversations. Most (including that one) end with someone sucking someone’s cock and/or getting fucked in the ass. I’m just saying, so you know exactly what you are getting into.

But, in my mind… in my female, non-penis-centric mind… Kevin Smith gets away with it because he and his friends may spout off like knuckle-dragging Neanderthal men with one-track minds, but they are so self-effacing and so witty that I find myself laughing anyway.

As one reviewer on Amazon put it so nicely, Kevin Smith and his Smodcast pals come across as a bizarre one-way extension of your own circle of friends. So, yes, I could see myself hanging around these folks, and, as a result I’d be laughing so hard that I spew my beer all over the table. 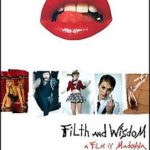 PreviousFilth and WisdomNextSLGFF 2009 #1: Time for the Seattle Lesbian and Gay Film Festival (Oct 16-25)