What I love about going to movies at the Uptown or SIFF Cinema the first weekend of SIFF is the fact that the Folklife Festival is going on all Memorial Weekend at the Seattle Center, right next door. Brave the mobs (and the mobs were sure out the last couple days because of the great weather), and you can get tasty festival food on your breaks and enjoy all the performers that are jamming on the lawn in little groups. There’s old-timey, blues, country music and more in this musical free-for-all. I mean, where else can you be listening to someone playing a washboard, then be able to throw a pebble and hit two more washboardists (?) as it skips first off one head, then hits another? Crazy! I even saw a guy walking down Queen Anne Avenue with a washtub on his head (his pal was carrying the broomstick and string). And no, it wasn’t laundry day for these kids… 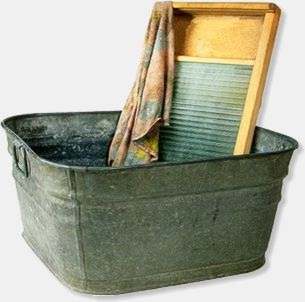 So by the time I got to the Uptown, I had free samples of dry cat food, instant Nescafe crystals, and Zone diet power bars, so I was set as far as snacks for the rest of the day.

My first film was the strange and bewitching The Desert Within (Desierto adentro) (6/8) from Mexico. In the 1930s, the feds are destroying Catholic churches, killing priests, and slaughtering devout villagers. Elias (Mario Zaragoza) is a hard-working family man who just sometimes makes mistakes. In his desperation to get his possibly sickly unborn child blessed, he sneaks the padre to his house, and all hell breaks loose. Not only do the soldiers follow, but Elias’ action ends up getting much of the village killed, the priest executed, and his own eldest son hung from a tree. Distraught, and cursed by the priest’s own dying words, Elias takes his brood of eight (including the newborn infant whose mother died in labor) to the desert to build a church. He begs God’s forgiveness for his selfishness, and this is the best thing he can think of. 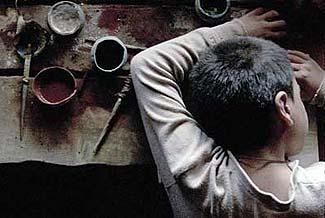 But as years go by, Elias’ grown children die one by one of freak accidents and other -isms, as Elias desperately watches for a sign from God that he has indeed been forgiven. Talk about a way to go slowly crazy! The Desert Within is narrated by the youngest son (the survivor of the in-womb blessing), and he illustrates his world, creating paintings on boards that are hung in the church-in-progress… and sometimes the paintings come alive. It is a risky trick, but it works, as the film has a surreal, “this is all going straight to hell” tone as it progresses. I really liked it, and the film was gorgeous-looking with its sepia-toned blanched desert landscapes.

I recently mentioned to S that I loved loved loved Hirokazu Kore-eda’s films, like After Life and Nobody Knows. She said, “So, you want to make out with his films?” And I said, “No, no, not like that… I want to sit next to his films on a park bench and gently watch the world go by… that kind of love…” So, needless to say, Koreeda’s Still Walking (Aruitemo aruitemo) (7/8) was tops on my must-see list for the fest. 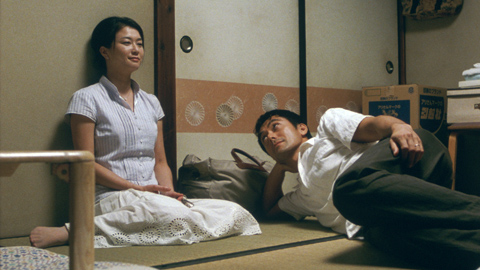 Like Kore-eda’s other films, Still Walking is a gentle meditation on life. There is humor, melancholy, gentle acceptance, and some bitterness. The Yokoyama family is converging for their annual anniversary of the eldest son Junpei’s death over a dozen years before. He was the favorite son, adored by the parents, and the other two adult children are not allowed to forget it. Daughter Chinami (You) lets it roll off her; she is free-spirited, humorous, and has boisterous kids and cheerful husband tagging along for the visit. Second son Ryo (Hiroshi Abe) is more glum, however. He feels he has never measured up for his now elderly doctor father, he dares not mention he is unemployed, and his new wife is being judged for being a widow with a child. This all sounds like a dark family drama, but the film is actually very sweet and funny, with little dashes of hurt and sadness mixed in. Kirin Kiki is a scene-stealer in a great cast, as gentle and funny Grandma, who also has the ability to take subtle jabs at her adult children where it stings the most. Still Walking is slow moving (I heard some complain), but I thought it was lovely.

PreviousSIFF 2009: The sun finally comes out, and so the fest begins…NextSIFF 2009: Heckling dummies and cranky camels