SIFF 2011: Gimme some of that Ewan McGregor, please!

Another year, another Seattle International Film Festival! However this year, longtime readers may already notice that things appears to be quite different on the Moviepie front. There are two major things limiting my SIFF’n this year compared to the past:

1) For the first time in 10 years, SIFF denied me a press pass. Wait. What? I guess SIFF is hiking up its big-boy pants and getting more choosy, brushing the little guys to the side. Any other year I would have been really cranky about this. After all, I’ve have blogged about SIFF extensively for YEARS. But this year is the first time… 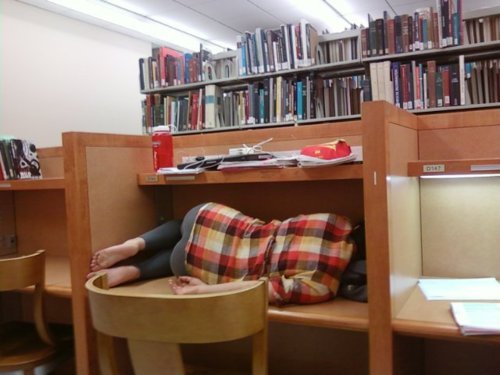 2) I’ve been in grad school. Yes, yours truly started grad school in the Fall of 2010, and this is the first SIFF that has occurred while I have been working full time, going to school (two classes a quarter), and trying to maintain this website when I can. So when I didn’t get the press pass for SIFF, my initial annoyance was followed by a bit of a sigh of relief, I admit. I feel less pressure, and less guilt that I simply don’t have the time to SIFF this year like in years past.

But you know me, I can’t just let SIFF go by unnoticed! I’ve been taking a few, um, “study breaks” and darting off to a handful of movies. You will see my SIFF blog belch forth during the festival’s last week because I will be out of school by then. Until that time, it will be slim pickings, unfortunately.

That said, I couldn’t pass up the opportunity to spend an afternoon with My Movie Boyfriend™ Ewan McGregor during SIFF’s opening weekend. I admit I just about peed myself when it was announced that he would receive the Golden Space Needle Award for Outstanding Achievement in Acting (a phancy pants pointy glass item for his mantel made by local famed glass artist Dale Chihuly).

Unsurprisingly, Ewan is as adorable and charming in person as you could only imagine. He was casually dressed in dark jeans with rolled-up cuffs, white button-down shirt, and black sport coat. From way back in the balcony where my buddies and I sat, we amused ourselves by commenting on how his tall coiffed hair gave him an exaggerated Elvis shadow on the screen behind him. If you want to see how cute Ewan is (you know you do) along with his pointy award, you can check out SIFF’s pics from the event on their Flikr account. I want to shove Ewan in a bun and eat him up! Or whatever… (quickly averting my eyes)

Ewan was game in the interview, dishing about going shopping with a Christopher Plummer for skinny jeans (he properly did not divulge the gender of the salesperson that Chris flirted with). He also shared special effect secrets about the infamous “worst toilet in Scotland” scene from Danny Boyle’s Trainspotting, including how on the last take he decided to add a full-body twist on the way down the toilet to account for the U-shaped turn in the plumbing. We all nodded knowingly… I mean, if you were to dive into a toilet, you certainly couldn’t just go straight down! Ha! 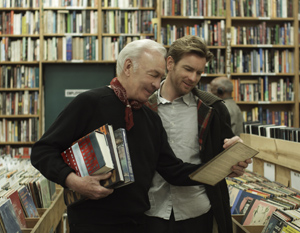 I caught two of Ewan’s new movies at the fest. During the tribute, they presented Mike Mills’ Beginners (7/8), in which Ewan stars with Christopher Plummer (who plays his father that comes out as gay at age 75), and Mélanie Laurent (who plays Ewan’s lover, as he is grappling with his father’s death). The film was very quiet, lovely, and sad, but luckily had many sweet laughs, mostly thanks to Plummer. His character is given a new lease on life when he finally frees his long-held secret after the death of his wife, choosing to live his life to the fullest in his last few years. Ewan’s Oliver, on the other hand, is one of the sweetest, saddest guys I’ve seen on film in a long time. You wonder how Oliver’s relationship with Laurent’s Anna will survive, as they meet when they are emotionally drowning. Special note goes to the scene-stealing Jack Russell terrier Cosmo. I have no idea why pets haven’t been given subtitles before this. But anyone who talks to their furry companions knows that they are indeed all-observant.

My second Ewan movie was the “what if?” parable Perfect Sense (6/8). I struggled with how to rate this film, hovering between 5 and 6 slices. I didn’t feel as emotionally involved as I wanted to, but the subject and the ideas behind the film stuck with me and had me thinking long after. In present-day Glasgow, Michael (McGregor) and Susan (Eva Green) start up a casual relationship after meeting cute. Neither can hold down a relationship, and are preoccupied with things, life, whatnot. In other words, they are modern folks with the common disconnect of everyday life that preoccupies so many of us. One day, a new plague of sorts (no one can figure out how it is spread, or even IF it is spread) hits: everyone around the world loses their sense of smell. Chaos erupts, then people slowly adjust, and things get back to normal. Then people start to lose their sense of taste. Chaos again, then adjustment. Will the other senses follow? Is the epidemic the environment’s punishment to humanity? What causes it? It is a fascinating idea, and I was very very thankful it never regressed into the full-on horror of the similarly-themed Blindness. Someone after the film said that it was one of those movies that you need to discuss immediately after, and I agree. 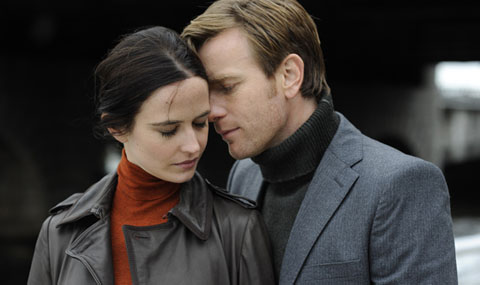 I chose this photo from Perfect Sense because they are so beautiful. I mean, really. No one is suffering by gazing at Ewan McGregor and Eva Green. I’m just sayin’.