Web cams, a tattoo, an earthquake and lots of longing are all integral in this dreamy, slow love story.
By Lindaon April 30, 2014
0 Comments
Our Rating 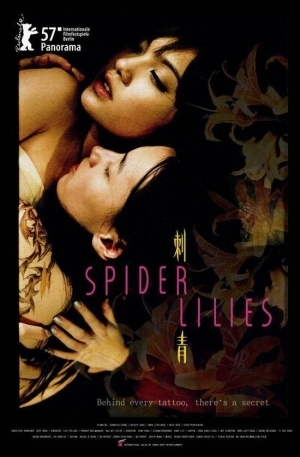 Spider Lilies is the story of Takeko (Isabella Leong), a lonely tattoo artist who keeps to herself, and only seems to have social contact with her withdrawn adult brother who is stunted in childlike mentality after seeing their father die in an earthquake. After the earthquake, even though she was a teen, Takeko got her arm tattooed just like her dead father, thinking this was the only way to communicate with her little brother. However, that tattoo, of the vine-like spider-lily flower which supposedly lines the path to Hell, seems to bring nothing but heartache.

As an adult, Takeko is reunited with Jade (Rainie Yang) a young woman from her past who wants the same tattoo emblazoned on her own arm, to remind her of a past love. The past love, is of course, with Takeko herself… when they were young and lived in the countryside. Jade, at the time only 9 (!), fell for the older Takeko, and later as teens they had a relationship. With arty flashbacks and other imagery, it is implied that everything went to hell when the earthquake happened, and Takeko retreated. Jade is now a web-cam girl on a sex-site, but hopes her rediscovery of Takeko in her urban tattoo parlor may change their lives. Or something.

Spider Lilies has a dreamy quality that sometimes worked, and sometimes was just a little odd. Jade’s baby-doll sexy-girl online persona was a bit creepy, and it was always a little unclear as to how old her character was compared to Takeko. The character of Takeko is quite passive, but still she managed to be mysteriously intriguing. There is lots of longing, and not much action. However, though Spider Lilies doesn’t always work, it is certainly watchable. 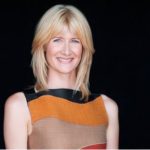