What a great idea to throw a couple hefty fistfuls of the biggest movie action stars ever into one big, booming movie! Too bad it’s about 20 years too late.
By Lindaon May 21, 2014
0 Comments
Our Rating 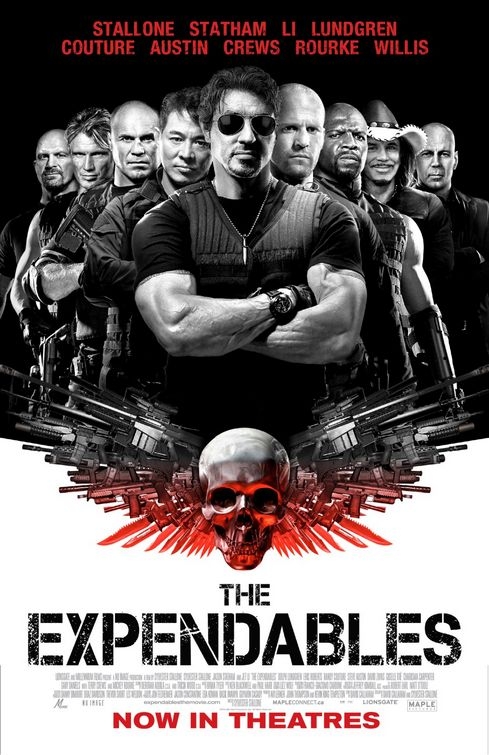 The names on the movie poster should make any action-movie fan drool: Stallone, Schwarzenegger, Willis, Li, Lundgren, Statham, Rourke, and on, and on. My god, ALL these ass-kickers in one movie??! Yes! Yes! But… Oh, God. As soon as you see the first close-up of Sylvester Stallone’s eerily plasticized face, you gasp with shock and realize that this film should have been made a couple decades ago, not now… not with 60-something actors trying to pretend like they are a young, hot 50, who can still pique the romantic interest of a luscious 20-something freedom-fighter babe that dresses like Zorro‘s Catherine Zeta-Jones.

It is a bit muddy what is going on in The Expendables, not that it matters, really. It is clearly one of those movies where the plot is secondary to car chases, flashing Rambo-blades, and shit blowing up. Sly and his buddies are a group of mercenaries-for-hire who go around killing people for big bucks. It’s never really acknowledged that they are, for the most part, long in the tooth for this type of furiously-physical ass-kicking, except when Mickey Rourke waxes poetic about how he lost his soul years ago when he let a woman jump off a bridge and did nothing to stop her. (This speech caused Mickey’s eyes to get moist, and the man next to me in the theater to scream, “Come ON!” in disbelief.)

There is a very brief and admittedly kind of funny cameo by Bruce Willis (as the guy with the money behind the latest job) and Ahhhh-nold (as another mercenary who turns down the hit). Schwarzenegger, by the way, is looking like an old leather wallet but can at least still move his face, and probably just wanted a break from his sucky job as the Governator of California. Anyway, Sly takes the bait, and takes his buddies, including Jet Li and Jason Statham to a mysterious island country apparently in the Gulf, but looks more like Columbia. They are there to take out a power-hungry general and his army of henchmen. Or maybe they are there to take out Eric Roberts and his sidekick Steve Austin, who apparently are the puppet-masters behind the general. I kind of lost track of what was going on at this point, except to have it pounded over my head that the bad guys were REAL BAD.

Now, I’m not really an expert in action sequences, but the action scenes in The Expendables were filmed terribly. Why would you even bother having Jet Li in a movie if you couldn’t see what he was doing in his lone ass-kicking scene? Shaky cameras, too-close cropping, and that annoyingly gratuitous herky-jerky skip-every-other-frame gimmick that Gladiator bestowed upon the world make for really hard-to-watch scenes of people getting sliced, diced, kicked, and blown in half.

Curiously, for me at least, the only two actors to come out of The Expendables with any dignity intact were Mickey Rourke, with his crazy-ass stripey hair and ability to finish a tattoo in about two seconds, and Dolph Lundgren, who at 52, is actually showing his age, but looking all the hotter for it. Otherwise you have a lot of muscley egos crowding a room, and a whole lot of mega-violence which would be much more fun if you actually could control it with a joystick. Unsurprisingly, The Expendables is just one big video game where the main characters all have an endless supply of lives, and the bad guys are totally… well… expendable. 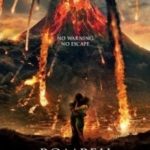 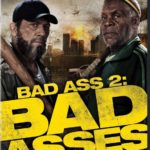