Though it is a great-looking film with Wong Kar Wai’s trademark visuals, this martial arts epic comes across as a bit muddled and hard to follow.
By Lindaon August 14, 2013
0 Comments
Our Rating 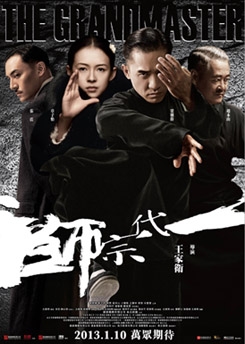 Anyone who knows me knows that I love Wong Kar Wai’s films. If anything, he is always interesting, and his films are most certainly always gorgeous looking. The Grandmaster is no exception. But it is interesting to see him tackle a story as seemingly straightforward as a martial arts epic and add his signature arty touch. Can the auteur pull it off? Well, kinda…

Tony Leung, one of my all-time crushes, stars as the legendary kung fu master Ip Man. In a splendid-looking, if a bit visually hard to follow opening fight scene, we learn that he is a bad-ass, and he sure looks cool laying flat endless foes in a drenching, slow-motion, artfully-lit rainstorm. We also know that he is well-respected, and is picked by his Southern region peers to face off with the master fighter of Northern China. But such things as friendly face-offs fall to the wayside as there are other things going on in the China in the 1930s, most notably an unwelcome Japanese occupation.

As war and occupation rumble through the land, Ip Man’s life changes drastically. Gone are the days when men (and some women) would fight for the noble martial arts tradition. Now people are fighting for something more basic: fighting to live in an era were millions are starving and dying. Though Ip Man is married and is trying to provide for his children, he is haunted by a meeting with a woman who was his match, Gong Er (Ziyi Zhang). They had meant to meet again, to spar (so to speak), but war got in the way.

The Grandmaster attempts to blend a historical epic, a love story, and a martial arts action film. Wong Kar Wai is better at some aspects than others. Ziyi Zhang gets probably the best fight scene in the film, against the orphan who earned (by male rights) then destroyed her family name. Snow swirls and a train rushes dangerously close as they spar, but what makes the scene work is her desperate emotion. Desperate (and suppressed) emotion is what Wong does best, and maybe there is not enough of that.

Though I love Wong Kar Wai, I couldn’t help but wonder what a director like Zhang Yimou (whose sweeping martial arts epic Hero is one of my all-time favorites) could have done with the story. As it is, The Grandmaster is kind of muddled, which is a shame. As much as it pains me to say, a man whose legacy includes being Bruce Lee’s mentor deserves a better film. 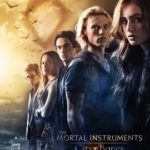