Can the old code of The Matrix be rebooted to be fresh and new again?
By Lindaon December 20, 2021
0 Comments
Our Rating 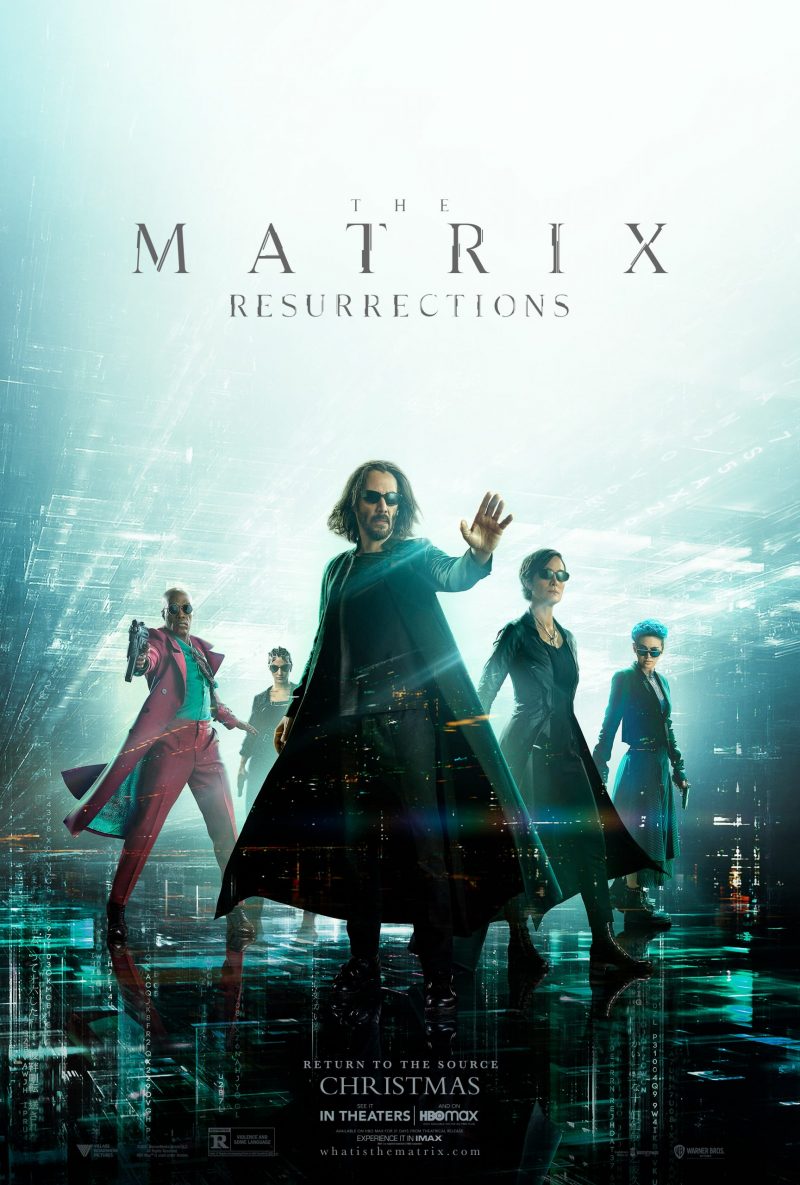 Twenty-ish years after the events of the original Matrix trilogy, shaggy, middle-aged Thomas Anderson (Keanu Reeves) seems to be sleepwalking through his daily reality. A big-time video game designer of a huge hit reality-melting game called, yes, The Matrix, Thomas seems in a daze, popping the blue pill prescribed by his Analyst (Neil Patrick Harris), to quell his anxiety-inducing feelings that his reality isn’t actually real, that something else is going on… that maybe The Matrix *is* real.

Ignoring Thomas’ obvious coping problems, Thomas’ business partner (Jonathan Groff) excitedly tells him that, after all this time, it is time to revisit The Matrix–the world, er, game that made them famous. Their parent company WB (har har) is willing to invest in another sequel based on the classic original trilogy… refreshing some old code to make something new. It’s all so very meta, and not in a Facebook rebranding way (or maybe it is?), to watch young tech hipsters in a movie talk about the cultural significance of a movie (or game?) that this movie is actually a sequel to. Smirky and clever, in a short film sort of way.

This all makes Thomas very blinky, wondering if his alter-ego of Neo is more real than Thomas. There is a woman that is a regular at his coffee shop who is oh-so-familiar, and still so smokin’ hot. Carrie-Anne Moss introduces herself as Tiffany (again: har!) and asks Thomas if they have met before (Ohhh… yes! Hello again, Trinity!). When familiar names (if not always familiar faces) of Morpheus, Mr. Smith, and more, reveal themselves to Thomas, pulling him back into Neo’s world, all hell breaks loose as everything is done to keep Neo and Trinity from rediscovering each other and their combined power. I think.

The Matrix (1999) was a crisp, super-stylish, stand-alone hit. The two sequels, on the other-hand, were over-produced, excessive nonsense that were head-scratching and indulgent. In Resurrections, it’s not that director Lana Wachowski is skipping the sequels to reboot the story from the first. Instead, Neo is given a crash course of what he went through in the first three chapters by, yes, watching flashbacks from the first three movies projected on walls or screens. The funny and curious thing is that these scenes look like they were cut from poorly pirated DVDs of the original movies, and of course have the awkward perspective of not being Neo’s own experience, but of a movie audience’s experience of watching an edited movie about Neo. Meanwhile, Neo needs to be reminded and retrained of all that has been wiped from his mind, leading to many scenes that are repetitive from the original.

In the red-pill “reality,” scrappy new characters (basically the entire cast of the Wachowskis Sense8 series) continue to wear poorly-sewn hemp clothes in the grim world that is filled with goo, insect-like flying machines, and lot of industrial tubes and plugs, but when they walk into the Matrix (aka what we poor people think is “reality”), they look like the sexiest group of pansexual cosplayers at your local con. In 1999 (when the first movie came out), these sexy, latex-clad folks with blue sunglasses totally stood out, but now, well, you wouldn’t really glance twice at them in the coffee shop. Still, everyone looks cool when they run up walls in slow motion, shooting guns with both hands, with their trench coats flap around them like capes. None of them are particularly memorable. You end up missing Lawrence Fishburne (though Yahya Abdul-Mateen II is a good substitute) and Hugo Weaving (though Groff and Harris have a field day playing bad guys).

Ultimately, The Matrix Resurrections looks and feels like a reboot, and–based on the climax of the movie–most likely will serve as a reboot. But other than having two-hot 50-somethings serve as equal badass partners/superheroes for the story–which sadly actually feels revolutionary–there really isn’t anything fresh going on. Being wrapped in self-awareness like nesting dolls of plot is kind of fun for a moment, but the whole thing just ends up feeling like old code made to run on a new operating system. 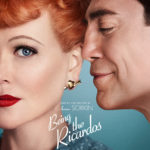 PreviousBeing the RicardosNextLinda’s Best of 2021… aka My Most Memorable Pandemic Viewing (Again?) 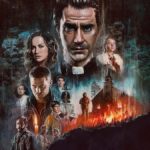