There’s something kind of refreshing about having a surly squirrel as the hero for a change.
By Lindaon April 29, 2014
0 Comments
Our Rating 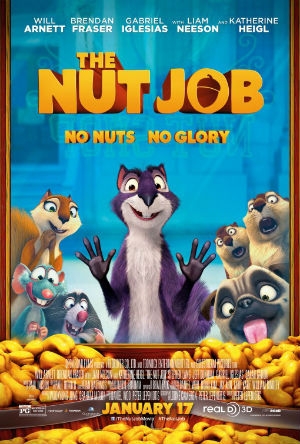 Despite their reputations as being oh-so-cute, have you ever met a city squirrel that was, well, kind of a jerk? Maybe he was a little mangy, or maybe just threw an attitude, but there was something about that particular squirrel where you didn’t want him scurrying up your pantleg.

Surly is such a squirrel (Yes! His name is Surly!). voiced with a deep, cranky voice by Will Arnett, he doesn’t even really sound cute. You can’t really blame him for his bad attitude. In squirrel-land, he can’t compete with the handsome and popular Grayson (Brendan Fraser), plus the leader of the park’s gentle woodland creatures, Raccoon (Liam Neeson) seems to have a beef with him. Surly gets blamed for a nut gathering quest that ends up with the critters’ oak tree burning to the ground, and Raccoon demands that the others boot him. Getting booted out of the park means roughing it on the city streets. But Surly, determined to find the mother lode of nuts, has other ideas.

The Nut Job is really a heist movie, that happens to star gentle woodland creatures. Desperately trying to collect food for winters, the critters scheme to steal nuts from a nut shop… a nut shop that is actually a front for a human bank heist! (See what they did there?) Of the many furries trying to get to the nuts first, there is the devious mole, a couple of farting gophers, of course a token Girl Squirrel (Katherine Heigl) for some sexual squirrel tension. There is even a sweet, dumb, loyal BFF for Surly, a rat. Hilariously, evil Raccoon even has a henchman, who sure looks a heck of a lot like an Angry Bird. But Surly is the smartest of them all, even if he never gets credit.

Though it may not have the sharp script of a Pixar movie, or the eye-popping animation of studios like Dreamworks, I actually thought The Nut Job was pretty entertaining for what it was. To the creator’s credit, the action was quite, well, cartoony, especially when you consider the original short film inspirations (included on the disc) that have much more human bank-robber violence. The feature’s action is much more wacky and kid-friendly, with enough jokes aimed at adults to keep the older folks mildly amused.

In addition to director Peter Lepeniotis’ original short animated films, “Surly Squirrel” and “Nuts & Robbers”, there are deleted scenes, storyboards, and the end credits sequence to watch again (Uh, what? Is that really an animated version of Psy doing “Gangnam Style”??). 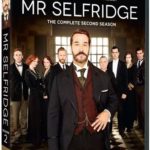