It’s sad when a movie with two female leads still manages to fail the Bedchel Test. 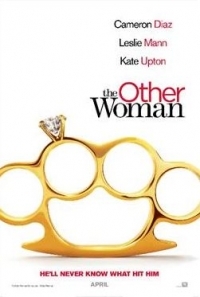 Because even though both Cameron Diaz and Leslie Mann are women, and play characters with names (Carly and Kate, respectively), the ONLY thing they ever talk about in this duller-than-dishwater comedy is a man: Mark (Nicolaj Coster-Waldau), Carly’s boyfriend… who also happens to be Kate’s philandering husband.

Directed by Nick Cassavetes (The Notebook), the film is purportedly about female solidarity but is, instead, about women completely losing their s**t and acting like idiots over a total jerk of a guy. When Carly and Kate each learn about the other, the result is an odd-coupling friendship between a weeping, screeching nut (Kate) and a steely, seething, vengeance-seeker (Carly). The audience is expected to suspend disbelief enough to accept that these two women – who wouldn’t get along under normal circumstances – actually bond in the name of sisterhood because they were both screwed over by the same asshat. Oh, and the icing on the eyeroll cake with clichéd filling is that the montage of them gradually becoming besties is set to, wait for it, “Girls Just Wanna Have Fun.”

When the new power duo discover that there’s actually another woman in Mark’s life – comely, vapid twentysomething Amber (Kate Upton, proving why not all models should take on acting gigs) – they enlist her in their mission to make Mark’s life miserable.

Thing is, that mission accounts for maybe 15 minutes, tops, of the entire hour-and-fifty-minute running time. The rest of the movie is a series of montages or long, uninteresting conversations. Oh, and one “WTF? is this in the right movie??”, needless, and needlessly lengthy, sequence involving explosive diarrhea. Yes, it’s that kind of film.

No one in The Other Woman is believable, but that’s okay because neither is the plot. Carly is a rock… until she inexplicably goes off her rocker. Kate is an emotional dim bulb… until she isn’t… and then is again. Amber is a cipher and little more than set dressing (I’m pretty sure Upton had about 10 lines of dialogue, total). And Mark goes from Prince Charming into the world’s most ridiculous, self-absorbed villain in the span of about three minutes. Everyone’s thrown together in what seems to be a farce but is, instead, a virtually laugh-free experience. And the film’s final act is so astoundingly (and hugely unfunnily) over-the-top that, just like the diarrhea, it feels dropped in from a completely different (but equally bad) movie.

Yet it still gets two slices. Why? One slice is for the few times Leslie Mann made me laugh out loud. And the other is for Nicki Minaj, who was surprisingly good and delivered some of the film’s best lines. (A sentence I never thought I’d write. Go figure.