The sprawling true-crime series The Staircase asks the question: Does being a lying liar in your personal life mean that you are capable of murder?
By Lindaon January 18, 2023
0 Comments
Our Rating 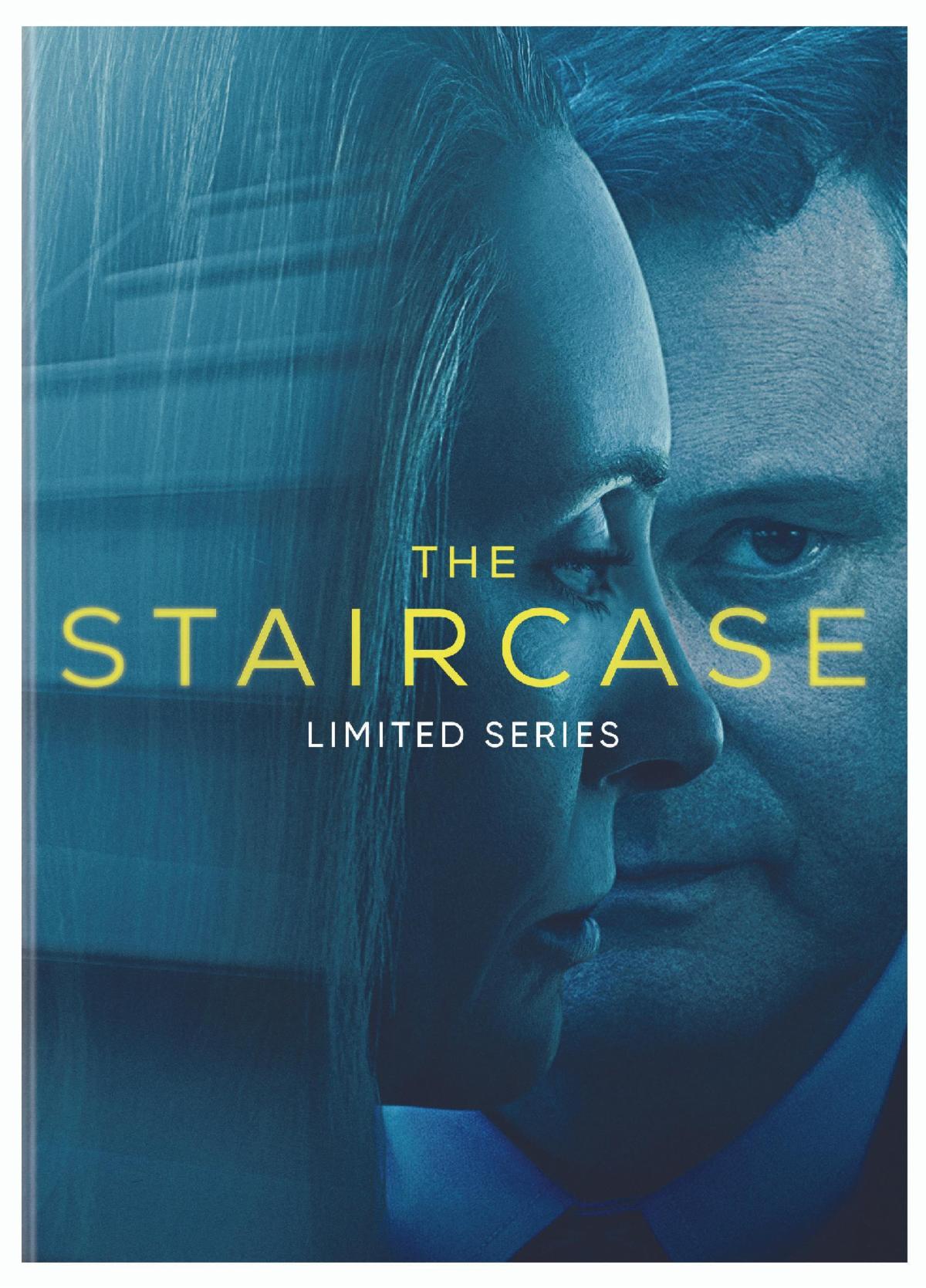 You can never accuse Toni Collette of not bringing it to every performance. We learn in the opening scene of the 8-part true-crime drama The Staircase that Collette’s Kathleen Peterson has been found dying then dead at the bottom of the staircase in her home by her husband Michael Peterson (the always-great Colin Firth). Michael’s frantic call to 911 has first responders quickly showing up at their house… but, unsurprisingly, he immediately becomes the number one person of interest. Was Kathleen murdered by Michael, or was it indeed an accident? The Staircase (based on the multi-part documentary of the same name) delves deep into what happened before and after Kathleen’s death, presenting an involving and eye-opening portrayal of the U.S. legal system.

But going back to Collette’s performance… Kathleen was a high-level executive, was super-stressed, and sometimes drank a little too much. Her and Michael’s marriage was seemingly perfect in their society circles (he was a successful author, though failed Durham, North Carolina city council candidate). But cracks start to show in the flashbacks and flash-forwards as the series progresses. Michael’s claimed innocence in her death of course presents several different theories of how Kathleen met her demise with so, SO much blood at the bottom of the stairs. As new clues and information are presented, we see variations of Kathleen tripping, falling, getting attacked, or getting beaten at the bottom of the stairs–and slowly dying… bleeding out, seemingly in real time, over and over. It’s truly gruesome and hard to watch. But again, Collette is fearless as usual.

The Peterson family, a Brady Bunch with five adult children, seem to be a perfect, all-American white family. But the more we learn about them–in addition to dad Michael being a serial lying liar–it is clear that they are kind of hot mess. As Michael’s case plods on, the Petersons are lucky enough to have plenty of assets to liquidate, including the 6-bedroom family house with a pool… but such a shiny veneer hides a whole bunch of secrets. And as secrets slowly come out, the family starts to splinter as well.

I had seen the original documentary from 2004, which was a fascinating behind-the-scenes portrayal of a man (WAS he innocent or guilty?) navigating through the legal system after being accused of murder (Kathleen died at the end of 2001). Apparently, there was a sequel to the documentary, so when I thought the plot (as I knew it) of the drama seemed to be wrapping up halfway through the series, I was surprised that there was more, much more to the story. In fact (I know this was a critique of the lengthy doc as well), The Staircase sprawls: it could have been tightened up a bit by at least a couple hours. But I’ll admit, some of the new revelations in the second half came as a great surprise to me. This strange story continued getting weirder, it seems, so no wonder the documentary crew stuck with Peterson.

With Firth and Collette as the leads, The Staircase is always watchable. The supporting cast includes Michael Stuhlbarg as Peterson’s high-powered lawyer; Patrick Schwarzenegger, Sophie Turner, Olivia DeJonge, Dane DeHaan, and Odessa Young as the Peterson kids, torn in their loyalties; plus always-solid folks like Juliette Binoche, Rosemarie DeWitt, and Parker Posey as additional players. By stretching out the story, there is time to give all these folks three dimensions, as characters who have ended up in the whirlwind of Michael Peterson’s story. But Michael Peterson himself is still the one you can’t quite figure out at the end, which is why his story continues to be so compelling. 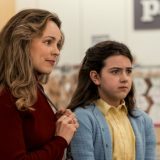 PreviousAre you there God? Thanks for this trailer! Love, Margaret