One of the surefire marks of a good director is that you cannot imagine anyone else making their movies. Can you imagine someone other than Shyamalan creating a film about a small village surrounded by woods that are inhabited by monsters?
By Lindaon December 27, 2012
0 Comments
Our Rating 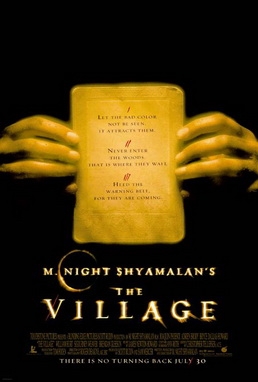 M. Night Shyamalan’s film, The Village, is creepy as hell. It is also a great showcase for audience rudeness, as the bunch I was unfortunate enough to be in the vicinity of during the show did not quiet down even for a second as the commercials and previews gave way to the actual film. For two hours, I juggled the twin adrenaline rushes of bloodlust toward my fellow theater patrons, and my reaction to the film itself.

(Before I continue with this review, I would like to throw it out there that if you happen to be one of the obnoxious audience members I just mentioned [Redmond Town Center, 11:59 PM on Thursday night, July 29th], I hope you are devoured by an anaconda very, very soon. And then I hope the anaconda gets syphilis. I hate you.)

Shyamalan’s films never take the obvious route, which is remarkable because he chooses subject matter that so invites it. The Sixth Sense, Unbreakable, Signs, and now The Village all take seemingly simple and potentially schlocky concepts and elevate them with dense atmosphere and complex layers of emotion. Shyamalan has become famous for his “final twists,” but those are not the only ways in which his films turn out to be about something completely different than you thought. A simple but immediate example of this: the title of his last film, and the multiple meanings you realize it has only after you have seen the whole movie.

One of the surefire marks of a good director is that you cannot imagine anyone else making their movies. Can you imagine someone other than Shyamalan creating a film about a small village surrounded by woods that are inhabited by monsters? I mean, making it so anyone would want to watch it. I sure can’t.

He is aided in this outing, as usual, by a stellar cast. Sigourney Weaver and William Hurt are “elders” with buried feelings for each other; Joaquin Phoenix is the quietly brave Lucius drawn to the mystery of the woods; Adrien Brody is a mentally retarded man who cannot control his jealousy; Bryce Dallas Howard is luminous and riveting as the blind girl Ivy who must carry her terrible burden alone.

The citizens of the village have always had a truce with the creatures residing in the woods, but lately these beings appear to be entering the village more and more frequently, leaving mutilated livestock in the yards and large, blood-red slashes across the doors. And, well, to say anything else would be to say too much, except that on top of everything else the cinematography is breathtaking. And that, even knowing what I do, I am going to have me some nightmares tonight.

What I can tell you is that there is a pivotal plot development toward the middle of the film that you will either go with, or you won’t. Most of the audience I was with did not go with it, and unfairly ridiculed the movie afterward with such off-the-mark taunts as, “WORST HORROR MOVIE EVER!” If you are willing to realize that The Village is NOT a horror movie, you may love this film as much as I did.

The Village does, of course, have its big plot twist. By now, this so-called “gimmick” is getting old to those who refuse to look beyond their expectations. The rest of us can see that Shyamalan has ALWAYS placed his plot twists’ primary importance not in how it affects your understanding of the plot, but your understanding of the characters. It is because of this new world of implication and dimension lent the characters after these plot twists are revealed that you will want to see The Village again. 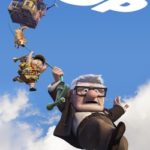 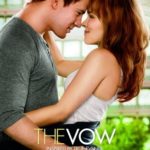