Hey, did you hear?

Welcome back to readers from past diaries and a big “well, hi!” to anyone surfing through for the first time. Please, grab yourself a cocktail or a coffee, kick your feet up and settle in for Moviepie’s annual coverage of Toronto’s magical cinematic circus! If you’re here for the first time, or attending TIFF for the first time, feel free to click any of the links above to read about past festivals or to peruse the always-important list of film-festival DOs and DON’Ts. I’ll be posting here every single night of the fest (and occasionally pre-fest), so check back often. Entries will eventually be fancified and reposted over on Moviepie for all eternity.

2007 marks the 32nd Toronto International Film Festival and, as usual, the passing of another year brings with it assorted changes… few for the better. Much to the shock and horror of many, the fest execs decided to scrap the 30-coupon book. Oh dear. Tsk tsk. Not a smart move. Many a fan was in an uproar over the absence of arguably the most popular ticketing option. (Click the link to find out where to address your complaints and concerns.) Prices crept up again, and all sorts of silly new ticket “packages” have been introduced in an effort to lure even more moviegoers to the increasingly crowded screenings. Here’s a tip for the fest execs: stop handing out so many gratis tickets to corporate sponsors and fancy-pants VIPs—they’re rich, they can afford your inflated prices. Maybe then more members of your beloved public would actually be able to get in. They’ve also seriously jacked the prices for screenings at the Elgin. Used to be, a single ticket for a film there was the same as a regular screening at any other venue ($20); now it’s a whopping $37.50! For ONE ticket! To a non-gala! Holy crap.

But this year also marks a marvelous Moviepie first at TIFF: two ‘Pie pals in attendance! Much to my delight, Moviepie’s Eric will be jetting to Toronto for several days of screenings, star sightings and crap consumption. If you’re lucky, he may even blog about his experiences, making for a fascinating juxtaposition between the fest through the eyes of a 17-year veteran (moi) and a brand-spanking newbie.

As with every other year, the diary will include capsule film reviews and ratings, celebrity sightings, random observations about my personal fest misadventures and a daily dose of Line Buzz™ to let you know what my linemates are loving and hating. I’ve decided to drop the “Crappiest Crap I Consumed Today” feature for two reasons: 1) it’s pointlessly redundant since much of the crap is repeated from day to day, and 2) another blogger decided to lift it and use it on his fest blog last year, so it feels a tad unoriginal now. Instead, I’d like to offer you a random factoid per day—something about a celeb or a movie or Toronto or me or whatever. The key to the random factoid will be its inherent randomness. Roger Ebert Sightings will unfortunately also be stricken from the reporting because he won’t be attending. I am bowing my head in reverence as I type this.

And, in an effort to better equip festgoers, the next-day weather forecast for Toronto will cap off each entry, so that you know whether to bring an umbrella or a bottle of sunscreen to your screenings.

Any other fest-related questions? Head on over to the official TIFF 2007 website for all the info on tickets, screenings, venues and merch.

See you in line, 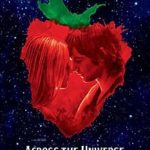