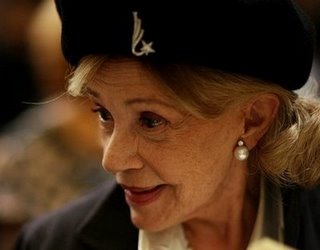 Today is the first official day of TIFF 2008, when screenings (though still limited at this point) get underway and the world waits in breathless anticipation for a sighting of international superstar Paul Gross (raise your hand if you just said, “Sorry, who?”), whose labour-of-love film, Passchendaele, opens the fest. For the uninformed, he’s kind of Canada’s answer to Kevin Costner.

The fest does not yet get underway for me, however, because I have no films today. Shocking, I know. But I have a seen a few films at pre-TIFF screenings so, for your edification and the sake of this blog, some capsule reviews:

Plus tard, tu comprendras (5/8) is part family drama and part Holocaust drama and nicely small in scope, though a little slow in terms of its execution. Set in 1987 Paris, with the Klaus Barbie trial serving as a backdrop, the film follows a man (Hippolyte Girardot) trying to uncover the truth about what happened to his parents during WWII, as he unearths some surprising information in the process. His aging mother (Jeanne Moreau), however, never speaks of the past and would rather leave it all behind. Well-acted but nothing really exceptional in terms of the subject matter, and I found my mind wandering a lot during the first half.

Similarly, The Hurt Locker (5/8), while occasionally engaging, feels a bit like a retread of other war films before it (most notably, Jarhead and Kimberly Pierce’s Stop-Loss) that dealt with disillusioned young soldiers. Jeremy Renner stars as James, an army explosives specialist, who joins a Baghdad bomb squad but consistently puts himself and his increasingly frustrated colleagues in danger due to his seemingly unquenchable thirst for adrenaline. Directed by Kathryn Bigelow and made up of vignettes involving the soldiers at work, it has more of a slice-of-military-life feel to it than a film with a clear dramatic narrative. Which is totally fine, but it made it difficult for me to sympathize with any of the characters – the ones I liked best (played by Guy Pearce and Ralph Fiennes) were essentially bit parts. The strange coda involving Evangeline Lilly (!) also seemed out of place and didn’t resonate with me nearly as much as it should have. It was decent, but not amazing. 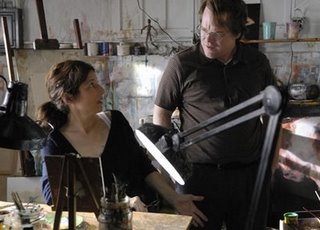 Surreal. Weird. Bizarre. Disjointed. Poetic. Beautiful. Fascinating. Sad. Confusing. Those are just a few of the descriptors I could use for Synecdoche, NY (7/8), the sublime directorial debut of writer Charlie Kaufman, who also penned the screenplay. Trying to encapsulate this wonderfully freaky and subtly poignant film is extremely difficult, since it folds in on itself over and over and over again and defies any sort of linear storytelling. In a very broad nutshell, though, the film spans decades and centers on small-town theater director Caden (Philip Seymour Hoffman), who’s having an existential (and professional and marital) crisis and decides to mount the most important piece of theater of his life… which, in turn, literally becomes his life as he recreates everything and everyone in it. Brilliant madness that’s blessed with a kick-ass supporting cast (including Catherine Keener, Michelle Williams, Samantha Morton, Emily Watson and Dianne Wiest). It’s definitely not a film for everyone, and it does have a distinct downer vibe to it… but watching this intricate cinematic tapestry unfurl was, for me, magical.

Equally magical and infinitely charming, Nick and Norah’s Infinite Playlist (7/8) is a loopy, sweet and undeniably fun all-night misadventure for its titular characters – heartbroken Nick (Michael Cera), who can’t seem to get over his fembot ex (Alexis Dziena), and acerbic hipster Norah (Kat Dennings), who’s fallen for a mix-CD maker she’s never met – and, more importantly, the longest supporting turn by a piece of gum EVER. Nick and Norah meet cute at a club, and his pals are assigned the duty of getting her supremely drunk best friend (Ari Graynor) home. Mayhem and a rockin’ soundtrack promptly ensue when the guys lose the girl – literally – and everyone searches Manhattan for the missing charge. Blessed with winning chemistry between its leads and a nice heart beating beneath its surface, the movie is one of those rare festival films that I actually wish had been about 20 minutes longer. Oh, and Graynor gets the MVP award for her work as the fully blitzed Caroline, which makes the movie. 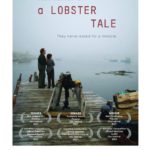