By Vickieon September 6, 2012
0 Comments
Our Rating

There’s something comforting about the arrival of the Toronto International Film Festival, and settling in to my first screening of the fest, each September. Despite all its accompanying aggravation and frustration and run-ins with clueless newbie volunteers, TIFF comes with a weird familiarity that, for me, is like slipping on your favorite cozy sweater after having tucked it away in storage for a year. 2012 is my 23rd (!) year attending the fest, so there’s obviously still enough left to love about it that I’ve once again succumbed to the process and the payoffs.

This year is the first that the entire ticketing system has been moved online. That’s right, no more lottery boxes! Well, sort of. There’s still a lottery-esque quality to the ordering process — after purchasing one’s pass or ticket packages, a random “selection window” was assigned to each buyer. It was a one-hour period in late August when you’d use your password, hop online and choose your films. Anything sold out would be marked with an “off-sale” label. And, for the first time in forever and a day, I actually wound up with a fantastic spot in the ordering roster: I think I was in the very first selection window for the public.

Though I’d anticipated pure chaos and anarchy and dozens of server crashes as a result of the digitization of TIFF ticketing, it all went off without a hitch. Mostly. One of the films I’d wanted to see was the Spanish thriller Fin (The End). When I began the slightly convoluted ticketing process, I couldn’t find that title. I looked under “F.” No dice. I checked under that day’s screenings – nada. I looked under “T,” since many a film that starts with “The” is inexplicably listed under “T” in the TIFF universe. Nope. I couldn’t find the film anywhere, so I carried on (lest my ordering session time out before I was done) and figured I’d contact the box office after I logged out.

Per the instructions sent out by TIFF, I contacted their Customer Relations department via email immediately (it was 9:10am on Sunday, August 26th, so their offices were closed). As of this writing, more than two weeks later, I have yet to receive a reply. Way to go, TIFF! After two days of waiting, I called the box office to see if the film had been dropped. “No,” said the person who answered the phone. “It’s still playing.” Yet he could not explain why it was unfindable on any of the order forms. Nor could he access the ordering system to verify what I was telling him. I gave up trying and figured I’d aim for same-day tickets once the festival was underway.

Epilogue: a few days after the above call, I was informed (by another ticketbuyer, not anyone at TIFF) that Fin (The End) had been FILED UNDER “E.” You know, for End, The. WTF, programmers?! Why suddenly employ THAT naming convention for one film only, when every other movie that starts with “The” is FILED UNDER “T” or under the first letter of its foreign title?! *sigh*

That glitch aside, I wound up with nine of my ten first-choice films (Fin sold out, and I’d lost interest in trying for same-day tickets, so I chose an alternate screening) and, on Saturday afternoon, sat down in my favorite seat at the Bader for my first film.

The Brass Teapot (5/8) is a modern-day fable about, for lack of a better comparison, the price of pain. In the film, which is the directorial debut of Ramaa Mosley, young, cash-strapped married couple John (the always-delightful Michael Angarano) and Alice (Juno Temple, with a pitch-perfect American accent) stumble upon a magical gold teapot that fills with money whenever either of them inflicts pain on themselves or each other (or, eventually, other people). The bigger the pain, the bigger the payout. But, as John wisely hypothesizes very early on, the whole undertaking is ripe for going horribly awry. Which, unsurprisingly, it slowly does.

Though there are some great moments in the film and a super-timely message, especially in today’s litigious society, I liked The Brass Teapot but didn’t love it as much as I thought I would. Angarano and Temple are cute together, but both seemed soooooo young that I had a hard time suspending my disbelief to view them as a long-suffering married couple stuck in a financial rut and just not a pair of teenagers playing house. There was also a lot of clunky – and, sometimes, over-the-top – dialogue and imagery. In one of the first scenes, for example, John calls Alice “wife” and she refers to him as “husband”… as if to say to the audience, “THESE PEOPLE ARE MARRIED, GET IT?!” (Having them each wear a wedding bands, or a quick shot of their wedding photo, would have been more subtle.) Similarly, the duo drive an insanely beat-up Gremlin (can you even FIND one of those these days?) with torn, duct-taped seats to remind us that they’re poor. And so on.

And, unfortunately (for me, anyway), the consistently wooden Alexis Bledel has a supporting turn as a mega-wealthy “mean girl,” which didn’t help matters. As ever, her performance felt unconvincing and forced, and it took me out of the movie each time she appeared onscreen.

Though neither of the leads turned up for the screening, my walk home was peppered with celebs. I saw Naomi Watts and Ewan McGregor, who were on their way to the premiere of their film, The Impossible; Woody Harrelson, who was going into the Windsor Arms hotel; and Glee’s Darren Criss, who breezed by a throng of fans waiting on the sidewalk. Given that McGregor, amiable and accommodating, spent a few minutes chatting with fans and taking photos and being charming, I found it rather surprising (in a disappointing way) that the far-less-famous Criss chose to walk on by. I kind of wanted to yell to him, “You’re not a big enough star to do that yet, Darren!” (I’m going to give him the benefit of the doubt, though, and assume that he was very late for a hugely important meeting and had to dash past. That, or he really had to pee.) 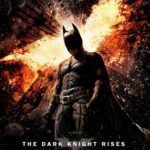