Love it or hate it, you have to admit it was cool when the ship went down.
By Lindaon October 29, 2007
0 Comments
Our Rating 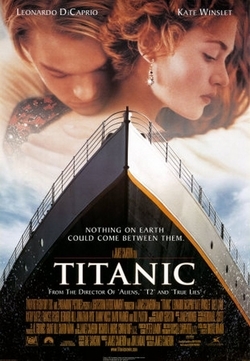 Psst. Come on. You can admit it… after all, it was ten years ago. No matter how much you trash-talk the movie today, I’ll bet you saw it in the theater. Everyone did, and not just teenage girls. And I’ll bet you might have even choked up a little at the end. If not, I’m sure you were impressed with the second half, even if you kinda hated the first half. And since the Oscar-winning Titanic is basically two full-length movies in one, clocking in a way over three hours long, I’m sure you got your money’s worth, whether you’re a fan of schmatlzy romances or special-effects-laden disaster flicks.

I’ll admit I saw the film in the theater four times. I don’t know how that happened. One of those times was, strangely enough, in Portugal where I saw it with some American friends and a couple Australian backpacker girls that tagged along. One of these twenty-something women, clutching herself in ecstacy in the post-Titanic regroup, moaned that Leonardo DiCaprio was “sex on a stick”. I scoffed. “More like 12-year-old on a stick!” I countered. Obviously she was a fan of the love story.

Revisiting the film almost a decade later, I was reminded of what made me roll my eyes the first time (errr… four times). A major problem: James Cameron wrote the script, and a dorky script it is (“I’m the king of the world!” will live in infamy). The script clunks along as we wait for the action, and the actors do the best they can muttering cartoony lines. The glorious Kate Winslet fares a bit better than her love interest Leonardo DiCaprio. Leonardo’s Jack is oft-referred-to as a “man”, but he looks like his voice will still crack in excitement. Kate, however, is elegant and is swell at holding back her tears (of frustration at the script?). Thankfully, brassy Kathy Bates shows up with a bucket of sauce as the Unsinkable Molly Brown, and crazily-overacting Billy Zane plays Kate’s jealous and possessive fiancé. He chews the scenes, tosses his floppy wig from his eyes, and even runs around with a gun (!).

But when the tell-tale sssssscrape of ice happens as the ship hits the ice (just before the end of disc one in the 10th Anniversary Edition), that is when the audience starts to shudder in fear and expectation. And it is at this point, no matter how cheesy the first half, that Titanic really shines. Forget the kinda fakey matte paintings and over-used panning CGI shots in the first half; once the boat starts to sink, the film is relentlessly stressful. Water pours down hallways; people flee, not knowing that there is nowhere to go; women-and-children-first gets tossed out the window by desperate men; and the young lovers desperately try to stay together. And on top of that, you have that darn memorable score, epitomized by the heart-tugged Céline Dion uber-smash “My Heart Will Go On” (sob!).

You know you love it.

When Titanic was first released on DVD, it was a pithy one-disc affair with no extras (bastards!). It literally took years for the filmmakers to catch up with the times, and in 2005 a three-disc Special Collector’s Edition with a slew of extras was released. Now, two years later, the studio has used the 10th anniversary of the release of the film to release a two-disc version, aptly named 10th Anniversary Edition. The film is still on two discs, and contains commentary from not only James Cameron, but a slew of the crew (producers, art directors, composer, etc.) and cast (from Kate Winslet to Bill Paxton to Gloria Stuart—alas, still no Leo). There is a doo-dad where when you see an icon of a sinking ship in the corner, you can hit Enter and see a mini-doc about something pertaining to the scene. And there is a completely disposable dorky alternate ending, and the ubiquitous Céline Dion music video (why am I transfixed by her? I do not know.). I’ve heard that most, if not all of these very same extras are included in the three-disc version, leaving no reason to upgrade if you already own that set. If you don’t own Titanic already, I guess you just need to decide how much shelf space you have to make your choice between the two versions. 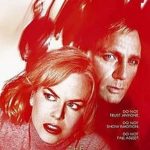