Did you know that there were bumblebee sized bats that nest inside bamboo stalks in the great bamboo forest of Yunnan in southern China? 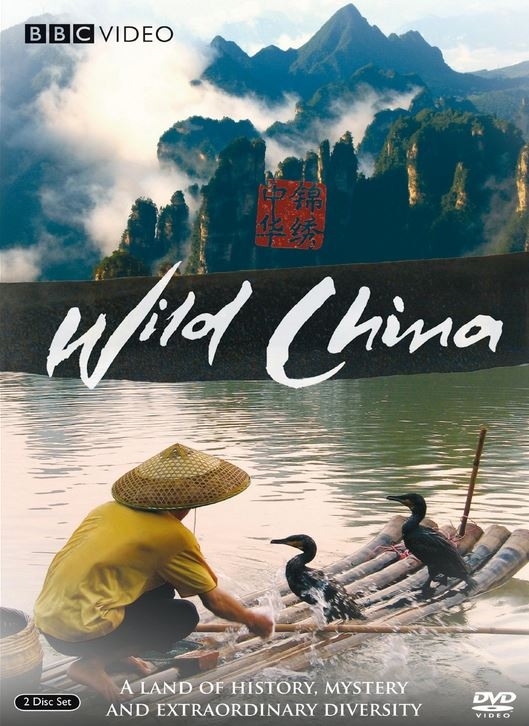 For those suffering from withdrawal after the Beijing Olympics ended to folks that love armchair traveling on a rainy day, Wild China is yet another excellent documentary series profiling not only China’s wild kingdom, but humans’ relationship to the animals, plants and landscape of their vast Asian country.

Broken into six hour-long episodes, Wild China spans the amazingly different regions of the country, from the huge inhospitable central Asian desert to the inexplicably tropical-jungle-like forest nestled between some of the world’s tallest mountains. The episode titles don’t necessarily offers clues to what the each hour’s focus entails: “Heart of the Dragon,” “Shangri-La,” “Tibet,” “Beyond the Great Wall,” “Land of the Panda,” and “Tides of Change”. But that makes it all the more fun just to select an episode and see what surprises unfold.

For instance, did you know that there were bumblebee sized bats that nest inside bamboo stalks in the great bamboo forest of Yunnan in southern China? Or that there is a rare breed of snub-nosed monkeys, with fluffy white pants, that live only in a very specific area on the flanks of the Himalayas? Or that there are hamsters “the size of ping-pong balls” that thrive in the Turpan Oasis with grape-harvest humans who created an underground irrigation system smack in the middle of one of the most unwelcoming deserts in the world?

The critters aren’t the only thing that is interesting about Wild China. The series makes a point to say that all these creature live in the most populated (human-wise) nation in the world. The local folks interact in fascinating ways with the geography and natural life of their regions. For instance, on the Lee River, local fisherman have trained cormorants to fish for them, tying a loose “noose” around their necks to keep them from swallowing the catch before returning to their boats. Or in a mountains region replete with caves, the locals have a 200-student school within the protection of a mouth of one of the vast caves. The classrooms have walls, but no roofs—you don’t need a roof when the cave ceiling way above your head offers protection from the elements. And when the few remaining wild Asian elephants are profiled, the segment culminates with the elephants wander onto their preserve’s road, where excited tourists snap hundreds of photos before they flee back into the woods.

Wild China is endlessly fascinating. I ended up watching three of the hour-long episodes in a row. The photography is stunning (the series was shot in high-def), the narration is smart, educational, and unobtrusive, and the soundtrack is notably gorgeous, suitable to an epic motion picture. The DVD set also includes a short making-of featurette that offers a peek behind the scenes of this amazing documentary series. Whether you love to go on exciting and new adventures, or your style of traveling is more to enjoy other countries from the comfort of your own home, you will find Wild China an excellent way to pass some time.