Wild Pacific‘s true interest lies in the vastness of the ocean combined with the baffling miracle of life-filled remote islands.
By Lindaon December 27, 2014
0 Comments
Our Rating 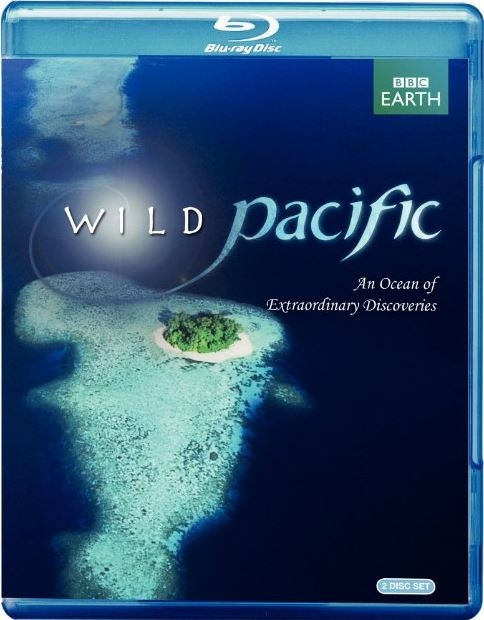 The BBC continues its great nature series BBC Earth that was spawned by the monstrous success of the excellent Planet Earth. This time around, they zoom in their focus a bit with Wild Pacific. Living on the Pacific myself, I expected an all expansive Asia to North America to South America to Australia covers, but it is quickly made clear with the focus on gorgeous tropical islands that that is not the case. In fact, the opening credits tout that these DVDs “proudly” contain the original BBC broadcast title sequence, where the show was called… South Pacific. Since that title makes more sense, as the South Pacific is indeed the focus of this series, it is a little baffling that it was renamed at all. Anyway.

There are six hour-long-ish episodes: “Ocean of Islands,” “Castaways,” “Endless Blue,” “Ocean of Volcanoes,” “Strange Islands,” and “Fragile Paradise”. The series’ true interest lies in the vastness of the ocean combined with the baffling miracle of life-filled remote islands… Like how plant an animal life on many of the islands in the Pacific can be traced in an east to west fashion. There’s New Guinea, full of an astonishing array and variety of bugs, plants, birds and animals. Scoot right on over to the Solomon Islands, where a bunch of the critters and plants travelled (including the man-eating salt-water crocodile! yikes!). Then to Fiji, there are still some, but the numbers of species are much lower. Then finally to Hawaii, an island archipelago so remote, that it is 2,500 miles from any continent. And they only have 500 species of life there (how. did. they. get. there.) that have spawned, due to isolation, hundreds more unique species.

Of course the facts are interesting, but it’s the critters that of course steal the show. Like the mourning gecko, who casually licks her eyeballs for the camera. You see, she is casual AND confident. She can produce eggs that need no fertilization to be hatched at little geckos. Crazy! Then there is that island where tiger sharks show up only two weeks out of the year. Why? Well, those two weeks are when the albatross babies are learning to fly, except they are not very good at it yet. Ooops. Water landing again. And water landing means tasty treat for the sharks (holy smokes!).

The photography in Wild Pacific is, of course, fantastic. Each episode also adds an extra 10-minute or so making-of tidbit. For instance, learn how they were able to film that fabulous inside-the-wave surfing photography in the opening credits. Or learn just how hard it is to film a man-eating salt-water crocodile in a place where humans rightly want to stay out of their way.

BBC Earth is a great series that reminds me of a new-fangled, super glossy, and amazingly photographed Mutual of Omaha’s Wild Kingdom for the new millennium. BBC Earth is quickly becoming a recognized brand for excellence in nature documentaries.