The absurdity and randomness of life is not quite a succinct enough theme to string together these quirky and random vignettes.
By Lindaon May 3, 2021
0 Comments
Our Rating 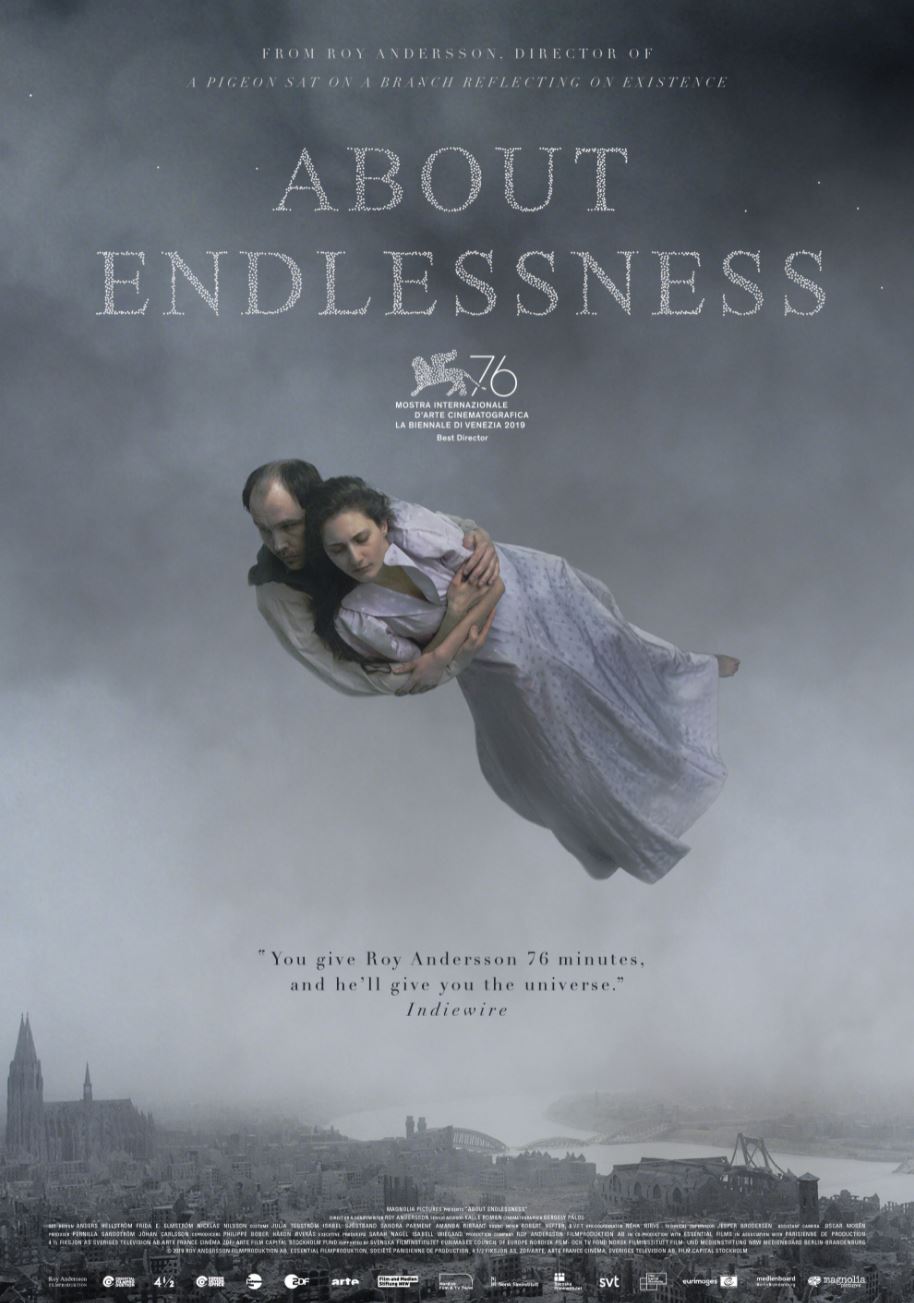 Clocking in at a mere 76 minutes of runtime, About Endlessness sometimes seems, well, endless.

The film starts with a gorgeous, slowly evolving shot of an embracing couple flying over a gray, war-torn (presumably) European city. A female narrator states, “I saw a couple–two people in love–hover over a city famous for its beauty, but now in ruins.” The moment unfolds with a soaring operatic soundtrack. It’s truly lovely, and you wonder where the film will take you.

But then another scene starts, and another and another. The vignettes are unrelated, following mostly regular unexceptional people doing regular unexceptional things (with the occasional exceptional Hitler in his bunker, or man weeping over the woman he just murdered). These moments (as indeed they are simply moments) are shot from a single angle, framed gorgeously like a photo. Some have shocking power, like of a man begging for his life to be spared in front of a squad of executioners. Others, like two people on an awkward date, are only as cinematic or as profound as watching me eat a bowl of cereal (a moment that would totally fit in this film).

With the vignettes cobbled together, About Endlessness comes across as Wim Wenders Lite, but missing (at least in my opinion) profundity or spirituality pulling it all together. Taken apart, I could imagine the vignettes as stand-alone pieces on a museum wall. Something that you could thoughtfully browse one at a time, or ponder as a whole. When a wailing priest pounds on his dentist’s door, “I have lost my faith!” you think that perhaps that is leading to a deeper overall meaning. But when you try to link that moment to a man tying his child’s shoe in the rain, or another man’s irritation about being ignored by a childhood friend on the street… Well, it just started to make me feel restless. It’s visually stunning, I’ll give it that, but emotionally (go ahead, call me a terrible person) it’s the type of film that make my mouth go slack and eyes glaze over.