If the bureaucratic limbo of asylum-seeking had a waiting room, it may as well look like a lonely house on a windswept island in Scotland.
By Lindaon May 7, 2021
0 Comments
Our Rating 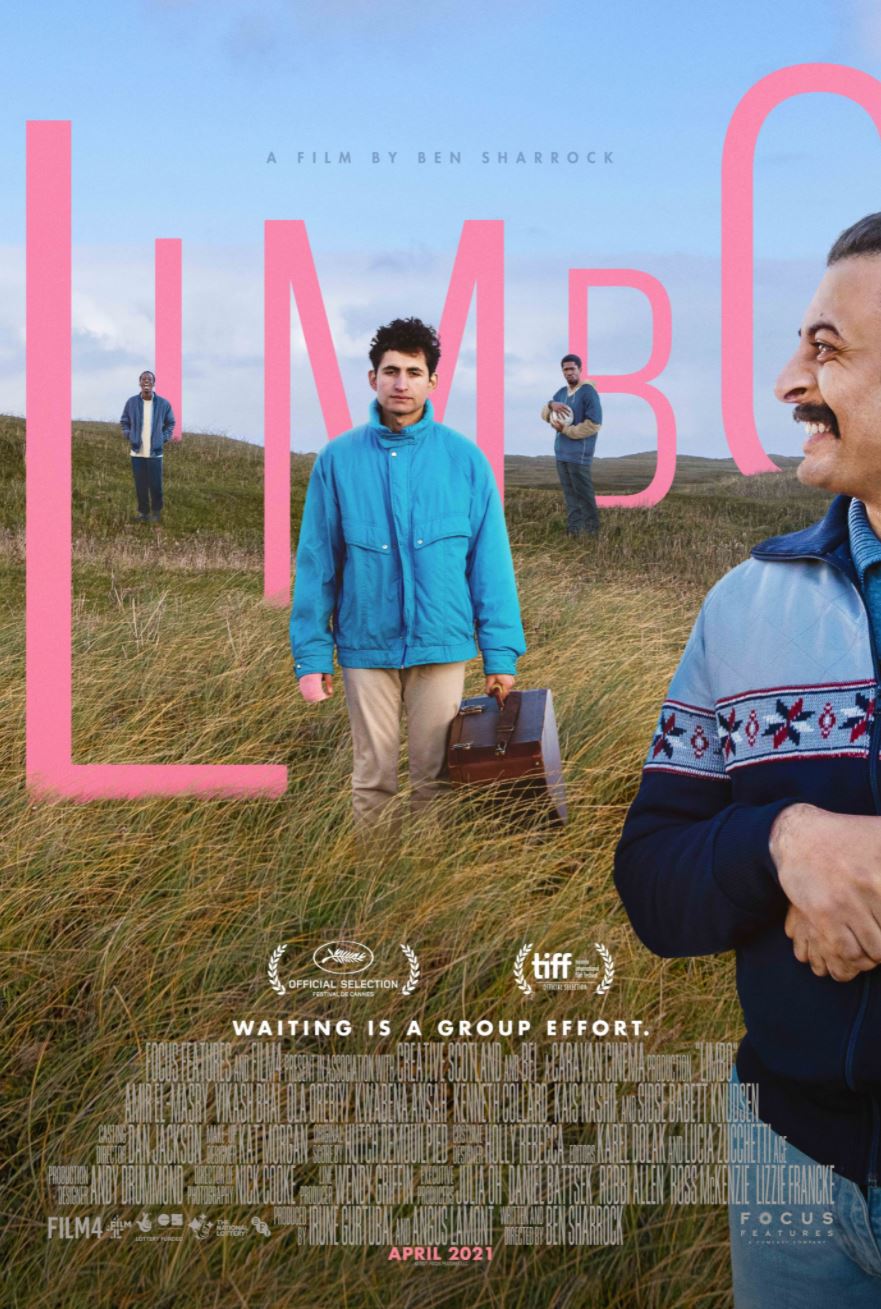 I’m sure it’s unintentional that the limbo the characters in this film face ironically mirrors that limbo that we all feel having been stuck at home for over a year due to the pandemic. It is certainly unfair to compare a refugee’s stuck between two worlds existence to someone sitting all day, every day in their own home. But you have to admit it is a little easier to relate to these guys sitting around watching old DVDs of Friends for the umpteenth time, staring at the daily mail truck methodically going house by house, and taking walks to just look at the unchanging horizon.

That is the life of Omar (Amir El-Masry) and the gaggle of refugees waiting for asylum in a house out in the middle-of-nowhere-Scotland. The cold wind is always blowing, there is nary a tree in sight, and the men take turns using a phone booth out in a field to call their loved ones. Omar, a musician of some fame in his native Syria, carries his grandfather’s oud (an Arabic instrument similar to a guitar) like a burden everywhere he goes. It seems to be the only thing reminding him of who he used to be, and because of this, he can’t find the magic and inspiration to play.

Limbo is dryly humorous, slipping easily into a quiet melancholy that can break your heart. One of Omar’s housemates is an Afghani man named Farhad (the wonderful Vikash Bhai) who tries to keep things relatively light… after all, he has been stuck in limbo at the house for over two years. He idolizes Freddie Mercury, and loves chickens. His smile belies the reason he can’t go back to his country. “I cannot be myself back home,” he says simply. Others are fleeing war or other unrest, but openly debate that perhaps the strife in their home countries is out of fashion. No one wants a Syrian refugee anymore… that was so 2016. These man can’t return to their countries, and they can’t go forward, so they just wait, seemingly forgotten.

Refreshingly, Limbo doesn’t judge any of its characters. The locals are more curious than suspicious, and the refugees are simply… tired. They have given up everything for the hope of a better life. Director Ben Sharrock pulled from his own experiences, having lived for a time in Syria before the civil war, and later worked with and got to know refugees. A more Hollywood film would have Omar and his friends triumphantly entering society, but this quiet film doesn’t give us an easy happy ending. Just the fact that we finally get to hear Omar finally play his oud is enough of a reward.