American Movie, a quirky documentary about independent filmmaking, is a film that is actually improved and enhanced by all the extras that are included on the DVD version. The extras add a new dimension to the story, and actually make you want to start the whole thing over and watch it again.
By Lindaon June 29, 2001
0 Comments
Our Rating 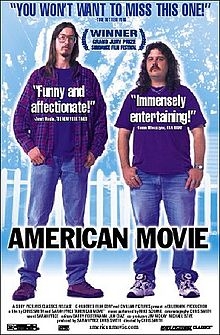 Mark Borchardt is a scraggly-haired lanky fellow from the Milwaukee, Wisconsin suburbs. Ever since he made horror movies as a kid, using his friends and chocolate syrup “blood” as props, he has dreamed of becoming a major successful filmmaker. In his eyes, it is just a matter of time before he is hobnobbing with the rich and famous in Hollywood, and winning awards for his outstanding directing and screenplays. Never mind that he is 30, lives in his parents’ basement, has three kids by an estranged ex-girlfriend, and is constantly borrowing money from his elderly uncle who half the time has no idea what Mark is talking about. Mark has a dream, and he will achieve it by sheer determination.

American Movie follows Mark Borchardt and his friends (most notably his best friend, the slow-talking ex-druggie Mike Schank) as they struggle literally for years to finish Mark’s 35-minute horror film Coven. There are plenty of laughs to be made at Mark’s expense, starting with the fact that he insists on pronouncing his film’s name to rhyme with “stove-en” instead of “oven”. Mark also offers endlessly entertaining monologues about his philosophies on life (often ending in “Fuck ’em, the motherfuckers!”). But as these guys struggle to finish their movie, and gosh darn it they finally do, you can’t help but be inspired and give a hearty “hurrah!” for the American Dream.

The DVD includes a good couple-dozen scenes that were cut from the final film. One of my favorites is a scene where the guys’ car has broken down on a snowy Milwaukee day, and Mike laments in his monotone drawl that this never would have happened if he was a member of the rock band AC/DC. Also, the DVD includes a feature-length commentary with the producers, Mark, and Mike talking about the film. In response to one scene where Mark has gone off on one of his outrageous theories, he comments over the soundtrack, “You know, I was really in my own world when you shot me.”

But the real treat is that the full 35-minute film of the final cut of Coven is included as well. Seeing the final product, in all of its low-budget glory, you can’t help but appreciate the passion that went in to the making of the film. 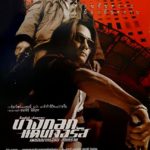 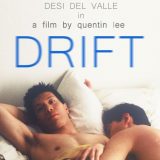