Headline: What a bloated piece of crap.
By Norm Gunningon December 23, 2013
0 Comments
Our Rating 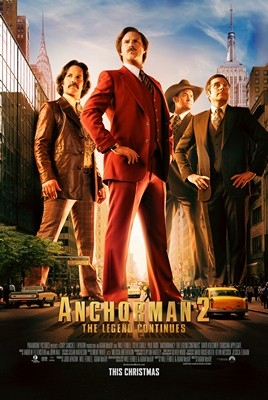 For our Anchorman 2 review, we thought we’d get the opinion of an expert. Welcome our guest reviewer, retired veteran newsman, Norm Gunning of Portland’s KATU! – Editor

Saw Anchorman 2 Saturday night in Seattle. Headline: What a bloated piece of crap. If this is the kind of movie you want to see, I can highly recommend it.

Yeah, I know it was fun to see the inside references for folks in the biz. But I thought the whole thing played like a bad SNL skit. There were a couple of mentions in the story about smoking crack… and I think that’s what the writers of this movie were doing a lot of the time. It badly needed editing, and it appeared to me some segments were included just because the producers needed to spend all of their special effects budget. (How many times did we need to see that driverless RV turn over?) And then there was the shark. Why did we even need the whole shark bit. Didn’t need to see Harrison Ford either. He’s just old.

I’m not a Will Ferrell fan… Then again I didn’t really care for The Three Stooges. The “act” gets really old after a while. I did think Steve Carell and Kristin Wiig crafted their characters well. It was nice to see Fred Willard play himself. And Meagan Good did a pretty good job as the Network honcho. I thought the scene where Ron Burgundy goes to Ms. Jackson’s home to meet her parents was tasteless… but maybe that was the point of the whole movie. Did I mention I’m not a Will Ferrell fan? Of course I’ve paid my $11 to see the flick. I guess that’s all that counts. Thanks for allowing me to rant. 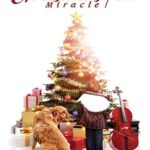 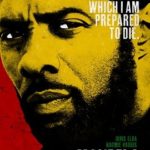