By moviepie-Adminon November 2, 2006
0 Comments
Our Rating 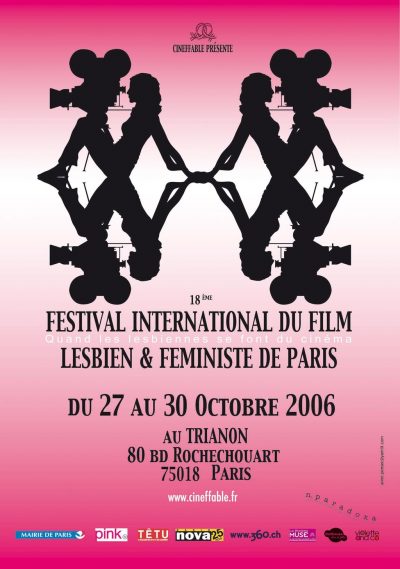 Cineffable’s Lesbian and Feminist Film Festival (27th – 30th October 2006) all took place in Montmartre, the old bohemian quarter of Paris, which now is inexplicably full of fabric shops. It was also full of lesbians for the duration of the weekend. The Trianon, the festival’s main venue, is actually a theatre, not a cinema, and from the outside looks like the entrance to a run-down swimming pool. However lots of plaster decorations, chandeliers and cheapish red velvet inside gave it all a shabby-old-fashioned-charm, even if the projection was a bit shaky at times. And it was situated next to three different kebab shops.

There seemed to be about three inches less legroom than would generally be considered necessary. I kept getting politely asked to move my head down, but given that my knees were embedded into the chair in front, there wasn’t really any way of putting it anywhere. I ended up tilted sideways for quite a lot of the time. I doubt this helped anyone very much, but I was quite happy to do it because everyone was so nice.

In general the atmosphere of the whole thing was like a giant indoor street party. Films were reliably half an hour late, but as Sophie from Marseille said when I mentioned this to her, “Everyone has a smile on their face.” It sounded less corny in French, but still, it was kinda true.

The festival “frills” or bits on the side, were a funny mixture of bakery and radical feminism. There were lovely quiches, posters about fights and sisterhood, and a collection of knee-height electronic Barbie style dolls that rolled around the men’s urinals playing tinny pop music. This was an art exhibition. And I knew immediately that it was also avant-garde. I suppose this was the bohemian thing.

My festival experience was sadly crimped by my travelling arrangements which shaved off days one and four from the festival. I then chose to skip Loving Annabelle for dinner on Saturday night…. it’s been reviewed twice by Moviepie already so I decided to keep out of that cutthroat debate. To my shame I also missed Sévigné, a 2005 Spanish film about theatre directing, extra-marital affairs and literature in Barcelona. Anyway, I did see four feature films plus a whole bunch of shorts. [Film ratings in slices appear at the end of each review.]

The first thing I saw on Saturday morning was Unveiled. It’s a German film about an Iranian woman, Fariba, seeking asylum in Germany after being persecuted for lesbianism by the Muslim state back home. Unveiled combines the stresses of immigration with the pain of homophobia in one big traumatic emotionally-bruising bundle. I really liked it, but it hurt. It begins darkly in a German refugee sorting station where the main character’s friend commits suicide. Threatened with being sent back to Iran, Fariba decides to pose as her dead (male) friend and spends the rest of the film dressed up as Siamak, a young Iranian man. Never quite having the right papers, she constantly has to avoid being found out as a) an illegal immigrant and b) a woman.

This double hiding game makes for nerve-wracking viewing. Siamak gets a black market job in a cabbage processing factory, and this is where the romance kicks in. Anne, her attractive blonde German co-worker, checks out the awkward and cute Iranian boy over a conveyor belt of massacred cabbages. In between racist jokes, police raids and the strains of Samiak keeping her gender secret, the two fall in love… All that suppression makes it pretty hot. Overall it was kinda miserable, but I enjoyed it through the wincing and found the concrete-and-cabbage background was strangely attractive. [6/8]

I suppose it was mostly the festival’s fault that this film flopped so hard. The festival brochure lead the audience to expect that The Crash Pad is a normal film with some heavy sex scenes, but, actually it is just a porn film. The reason Cineffable programmed it was probably because they had persuaded its young American director—Shine Louise Houston—to come over and give a question and answer session about it afterwards. So I’m being charitable when I say that the problem with The Crash Pad was perhaps the fault of mis-advertising. I’m being truthful when I say that about a quarter of the audience walked out and that the best bit was the subtitles (where five minutes of shuddering orgasm noises were modestly translated with “Oh” for example).

This was grrreeat! I was completely hooked. The film starts slow—very slow—with a long sequence showing an old woman posting a letter. But it soon heats up. Rebecca Duarte is a drop-dead stunning bisexual who works as a stunt double for indie movies in San Francisco. Played by Jennie Parker, she spends time dressing up as other people, jumping out of cars and being set on fire, etc. Her sense of dislocation and her dissatisfaction with the hot gay/straight sex she keeps getting gradually link to strange facts from her own half-American, half-Peruvian background… like the dead younger brother she can’t remember and the great aunt who sends her photo albums. The plot hangs a little loose sometimes, with the odd artificial coincidence, but by god does it work up to be completely enthralling. Jennie Parker brought shed-loads of damaged emotion to the climax. Wham! I don’t want to give too much away, but wow, there’s an amazing confrontation scene with Rebecca’s mother. Apparently Lisset Barcellos, the director, drew this story in part from her own history and it really felt genuine. This was the best film I saw in the festival. [7/8]

At 50 minutes this was more of a medium film than a full-length one. It was like a prolonged, gay-themed, multiracial episode of Friends. Nice apartments, nice jobs, some gentle comedy and a happy ending. I just wanted it to keep going so I could stay in its happy rainbow-filled gay world for a little bit longer. There is a well-constructed plot, a pretty Chinese-Japanese lesbian couple, and a fourteen-year-old boy who’s just come out to his mother, straight step-father and biological gay father. The two stories run parallel then sort of come together at the end. Ups and downs include coming out, some Asian humour, a bit of self-searching and a makeover. The end was pretty corny, but it made a cheerful break. [4/8]

Of the short films, the best ones tended to be humorous, like Tai Chi for Tipplers (Jennifer Radlof and Karen Butter, South Africa, 2005), which combined lesbian stereotypes with a yoga parody. It featured South African lesbians chain-smoking like it was part of some ritual dance. That got a lot of laughs and I personally found the use of the word “lardy” hilarious. Coming Out (Kali Snowden, USA, 2005) fantasized about what it would be like to come out as hetero in a gay world, and inversed a lot of clichés… “At school they call me a breeder…”

Who’s the Top? (Jennie Livingstone, USA, 2005), a comic American short, follows a good-looking brunette with a lot of sexual fantasies. It was funny in a way that made me think of Woody Allen. The highlight is an S&M scene punctuated by witty repartee. “What’s your safe word?” “Dualistic conundrum.” It made me laugh. I think my overall favorite was the French 10 niveaux d’intensité (Collectif Clitorama, France, 2006) where the female main character, a mail-order catalogue addict, kicks aside the disappointments of consumerism for a romp with the post-woman. This film was collectively directed by a group called Clitorama Collectif, and the name got a round of applause every time it appeared on screen.

I don’t know who won yet. I hope it was Barcellos’ Both. [See below for the prize winners! – Editor] I hope the urinal dolls got a prize as well. It was the most interesting use I’ve ever seen made of a theatre toilet. 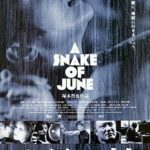 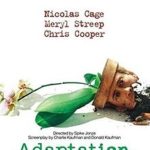