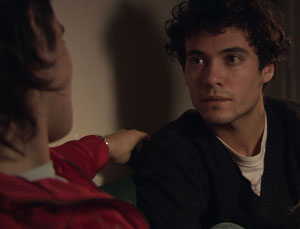 Luckily for SIFF, the weather during much of Memorial Day sucked, so I’m sure I was not the only one driven indoors when I had actually been planning to run around in the sun, pinwheeling my arms through the air as I am wont to do. So I figured I had never seen a movie from Uruguay, so why not Leo’s Room (El cuarto de Leo) (5/8). Technically, there was nothing wrong with this drama about the coming out (of his room) of a sexually confused young man in modern urban Uruguay. Leo goes to therapy seemingly trying to figure out why he was impotent with his ex-girlfriend, but it doesn’t take him long to find guys on the internet that will may offer a solution to his problem. It is more sweet than sordid, and the film has a great rock soundtrack. And it doesn’t hurt that Martín Rodríguez, who plays Leo, sure is easy on the eyes. He looks like a young Marc Anthony (aka Mr. J-Lo), if Marc Anthony were cuter and someone gave him a few sandwiches. Overall, the film is palatable, if forgettable. 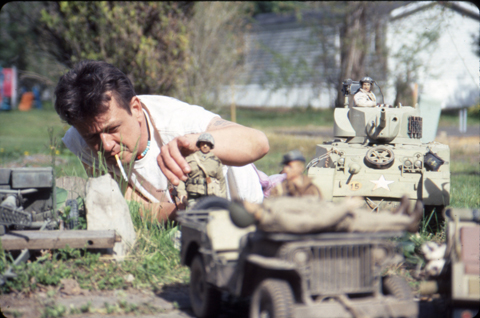 My next film will be one that will be hard to forget, and has been much buzzed about at the fest already. Marwencol (7/8) is not a technically daring documentary, nor it is very fancy in its style, with interviews and images. But it stuck in my craw, even as other films have crowded my brain. Ten years before, five men beat Mark Hogencamp to a pulp outside a bar in his small town. His head was pounded so severely that he had to re-learn how to talk, to walk, and to write. As a form of personal therapy, he created a town called Marwencol in his backyard, based on a WWII theme. Though all the characters in his town are either American or German soldiers or (yes) catfighting Barbie dolls, they are all named after people in his real-life, and live their own full lives as alter-egos. Mark’s world of Marwencol is so real to him that it is obvious he is more comfortable in Marwencol than in the real world. Oh, and in addition to creating the daily lives of the “people” of Marwencol, Mark also photographs them, and the results are astonishing and beautiful. If you blinked, you would think they are photos of real people from WWII: Angry, sad, passionate, and sometimes violent. And I have to give the director credit for having the perfect closing scene to the film, which made me burst into tears. 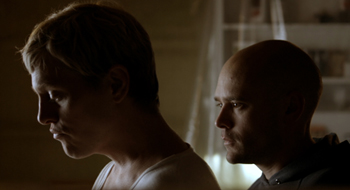 Going from plastic, 1/6th scale Nazis to real-life modern neo-Nazis was a little jarring. The Danish drama Brotherhood (Broderskab) (6/8) is a solid film about anger in modern Scandinavia taking a brutal racist turn in the form of angry young white men. Lars, just gently kicked out of the military, has his own issues, but isn’t exactly a racist when he is recruited by a local neo-Nazi group. They see him as smart and questioning authority, whereas Lars is lured by a sense of belonging with the brotherhood. Lars forms a bond, then a passion, with the number-one brother Jimmy, which you can expect doesn’t fit into the Nazi agenda. The film starts with a gay-bashing, and ends with a gay-bashing, so it is not for the squeamish. But it is an interesting tale that actually manages to humanize why young men would be lured into a group like this. 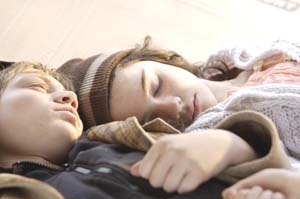 Finally, I was not so blessed to catch the dreary film Blessed (4/8) from Australia. Despite the presence of fine talents like the lovely Frances O’Connor and Miranda Otto, this story of mothers and children is dreary dreary dreary, without offering much of a redeeming point by the end. Split into two halves, the first being the children, and the second half the mothers, you basically want to slap the majority of the characters. The teenagers tend to be surly or irresponsible (with a few exceptions) and the adults, well, also are surly or irresponsible (with a few exceptions). Basically, the lot of them were intolerable, and I felt like the movie went on and on. I can’t blame the actors, who were all game, but I couldn’t help but notice at the end that the film had FOUR writers. Count ’em FOUR. Hm.