“For the first time in human history, we are now capable of our own destruction.” Thousands of times over. Good times. 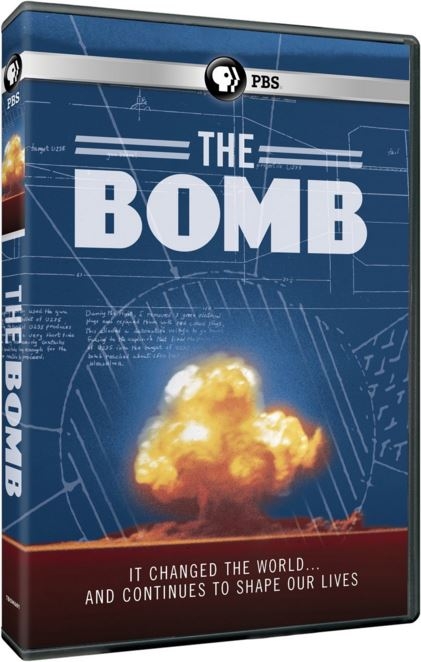 Throughout history, there have been leaps in warfare, from sticks and stones, to bows and arrows, to guns, then machine guns. But thermonuclear warfare was such a jump in the ways that we kill each other, that we may have just said “game over” when the first bomb was dropped. I mean, how can you top the potential to kill ALL the things at once?

The Bomb is a wide-reaching and informative documentary on a subject that most of us have a hard time wrapping our little brains around. Going back to World War II, it traces the rush to build a weapon that would end the war, built by international scientists (some who turned out to be spies… oops) at a top secret location in the New Mexico desert. Certain ideas worked, but dang, separating those uranium atoms would take forever! Plutonium turned out to be more efficient to produce (represented by Handford, WA in my neck of the woods… uh, yay?). By the time it was summer of 1945, the United States dropped one bomb of each type, Little Boy and Fat Man (on Hiroshima and Nagasaki, Japan, respectively), and warfare was changed forever.

The Bomb depicts the astonishing rate that the U.S. and U.S.S.R. (remember the spies?) scrambled to make bigger, better bombs beginning immediately after World War II, through the Cold War, and beyond. This documentary has some mind-boggling restored, full-color footage of some of the tests. I’d say the clouds look beautiful in their full-color glory, but my god… I mean, MY GOD. The most impressive is one at an atoll in the Pacific, an underwater explosion (seemingly to prove the might of the U.S. Navy in an attack) that is a monstrous BOOSH of a vertical splash. It was all good, they thought, seeing many of the ships intact… except there was that pesky radiation. Let’s just hose down the ships with sea water to clean them. Hmmm.

I wish I could say that The Bomb has a happy ending, with an attempt at disarmament by the two superpowers (at any given time, this means “us” and “them”) but at the same time, we now see unstable countries like Iran and Pakistan scrambling to make their own nuclear bombs. It is sobering and terrifying to say the least.