We all remember Buddy the Elf, made famous by Will Ferrell in the hit holiday film Elf. Buddy so successfully captured the hearts of movie-goers that his story was made into a Broadway musical, and now, a holiday special, Elf: Buddy’s Christmas Musical. If you ask me, Buddy is far more charming in animated form than as a 6’3″ man. 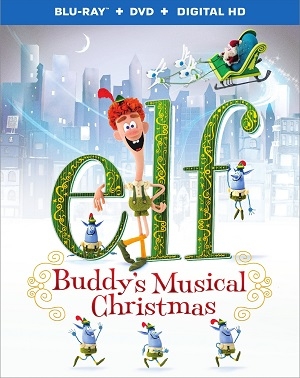 Buddy’s Musical Christmas is essentially an animated retelling of the film, condensed into a tidy 44 minute package, rife with sweetness, song, and silliness. After it becomes abundantly clear that Buddy (voiced by Jim Parsons) is not like the other elves, Santa (voiced by Ed Asner) reveals that Buddy was actually an orphan who crawled into his pack one Christmas Eve. Though raised by elves and possessing more optimism and cheer than all of them put together, Buddy is in fact human. Disappointingly, his real father has spent many, many years on the naughty list.

Determined to meet his real dad and get him back on the nice list, Buddy strikes out for New York City. He is surprised to find that the world is not exactly brimming with Christmas spirit, but Buddy doesn’t let that stop him. He finds a friend in department store elf, Jovie (voiced by Kate Micucci), and charms his way into his real father’s home. Soon Buddy’s sincerity and optimism has infused the family (and the city) with good old fashioned Christmas cheer.

Extra features include “Elfin’ All The Way: Inside Buddy’s Recording Sessions”. This featurette goes behind the scenes with the voice actors who bring Buddy and all his friends to life. 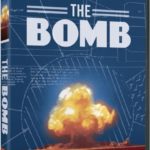 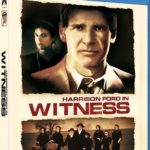