The Roosevelts: An Intimate History

At first blush, spending roughly 14 PBS hours (seven installment/chapters) on Teddy, Franklin and Eleanor Roosevelt appear to be an arduous exercise for the viewer — even with Ken Burns’ track record for breathing new life and new interest into well-traveled pastimes and historical events. Within minutes of The Roosevelts‘ first episode, however, the watcher – as they have with so many past, hesitant toe-dips into the filmmaker’s fascination-pool – will become irreversibly immersed in what is arguably the “greatest” era of America’s history. 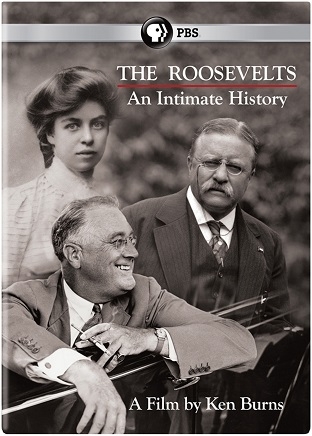 The New York Roosevelts of Oyster Bay (Teddy’s branch) and those of Hyde Park (F.D.R.’s) are dissected under Burns’ microscope with expectedly reverential care, but it doesn’t shy away from missteps, failures and regrets – rather, the series reveals how they guided the continual evolution of all three principals. It also demonstrates how each eventual champion of progress was not only initially, ironically handicapped a bit by their inherited wealth and class, they faced early, lasting, personal challenges, as well: Teddy, the litter’s runt who battled depression with furious activity; distant cousin Franklin, an overly groomed child and unpopular college student; T.R.’s niece Eleanor, whose very traumatic childhood spawned a trunkload of insecurities.

Tragic family losses, betrayals, marital infidelities, political defeats, assassination attempts and, of course, polio… watching these obstacles affect these unbelievably resolute people, year after year and election after election — this is The Roosevelts’ best lure, really, with more hooks than any other.

Expectedly, a plethora of noted actors lend voices to memoirs, quotes and letters. Paul Giamatti’s T.R. and Meryl Streep’s Eleanor are especially remarkable, with Peter Coyote’s measured timbre seeming to envelope, rather than simply narrate the saga. And what a saga it was. The Roughriders’ charge up San Juan Hill; the opening of the Panama Canal. The roar of the Twenties, and the Great Depression’s heavy hand. The New Deal, WWII, the birth of the United Nations. It’s astonishing to realize how central a handful of people were in many American accomplishments and experiences.

A plethora of photographs —often panned and expanded to the degree that they appear to be moving pictures — join actual film footage and audio. This Burns hallmark has never been more effective, seamlessly sucking the viewer into a bygone, not-so-simple world with so many familiar struggles.

Numerous pundits, authors and historians – from George Will and Jon Meacham to longtime Burns stalwarts Doris Kearns Goodwin and Geoffrey Ward (the series’ chief writer) — appear on-camera, adding colorful context and thoughtful insight to the “One Percent,” workers’ rights, civil rights, women’s rights, Constitutional challenges, political machinations, political corruption… and it’s never boring. Watching T.R., and later, his favorite niece refuse to take “no” for an answer — or F.D.R. shrugging off adversaries with a tilt of the chin — is a far cry from dusty textbooks.

Passionate, poignant and discussion-prompting, The Roosevelts is definitely a “Ken Burns documentary” — perhaps the highest praise and most explanatory criticism that a Ken Burns project can garner. The filmmaker’s successes have never been limited by the subject… and in this case, the subjects prove to be much more fascinating and relevant than we remembered. Fourteen hours? At its conclusion, many will be wishing its creators would’ve stretched it out a little more. 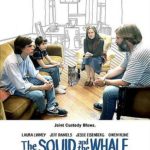 PreviousThe Squid and the WhaleNextAny Given Sunday 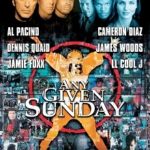