An envelope, a dead man, and a villa in the woods lead to an extreme situation in this cool, raw film.
By Lindaon September 20, 2012
0 Comments
Our Rating 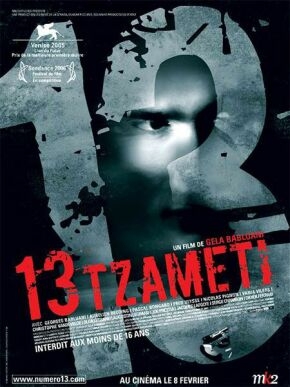 13 Tzameti is a visually stylish thriller from first time director Géla Babluani, who emigrated to France from Georgia when he was 17. Filmed in stunning black and white, it seems a throwback to the French New Wave films of the 60s while still maintaining a gritty realism that is more reflective of many films coming out of post-communist Eastern Europe these days.

The director’s brother George stars as a Sébastien, a 22-year-old roofer struggling to support his extended immigrant family in a seaside French town. He is doing a job for an odd couple: a staggering middle-aged drug addict that looks like he’s keeling over dead every time he stumbles, and the man’s shrewish chain-smoking female companion who is always on his case. Through a hole in the roof, Sébastien eavesdrops on a conversation about the man’s desperate money situation, and the importance of a letter in a striped envelope arriving in the mail. The letter arrives, the man dies of an overdose in the bathtub, and without really thinking, Sébastien grabs the envelope, thinking it will at least make up for not ever getting paid for this job.

At this point, 13 Tzameti hadn’t really grabbed me yet. The characters were too remote, and the setup seemed rambling and sluggish. But be patient, because it is the envelope that kicks the movie into relentless tension….

The envelope contains a train ticket to Paris, and a hotel reservation. Sébastien decides to go in the dead man’s place, following the mysterious directions that will lead him to a villa in the woods, and hopefully a whole load of money. But he is in way over his head, and has no idea what he is getting into. Without spoiling anything, he finds himself in the middle of an extreme situation, where he can only hope he’ll make it out alive.

Film festival audiences have apparently been going gaga over the raw tension and cool look of 13 Tzameti. It is indeed an assured feature debut from Géla Babluani. Unsurprisingly, there are already rumors that Hollywood has bought rights for a remake, but as it is, I don’t think there is much room for improvement. 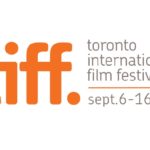 PreviousTIFF 2012: And the winners are…NextRonald Reagan’s Wisdom for the Twenty-First Century 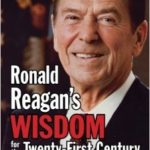