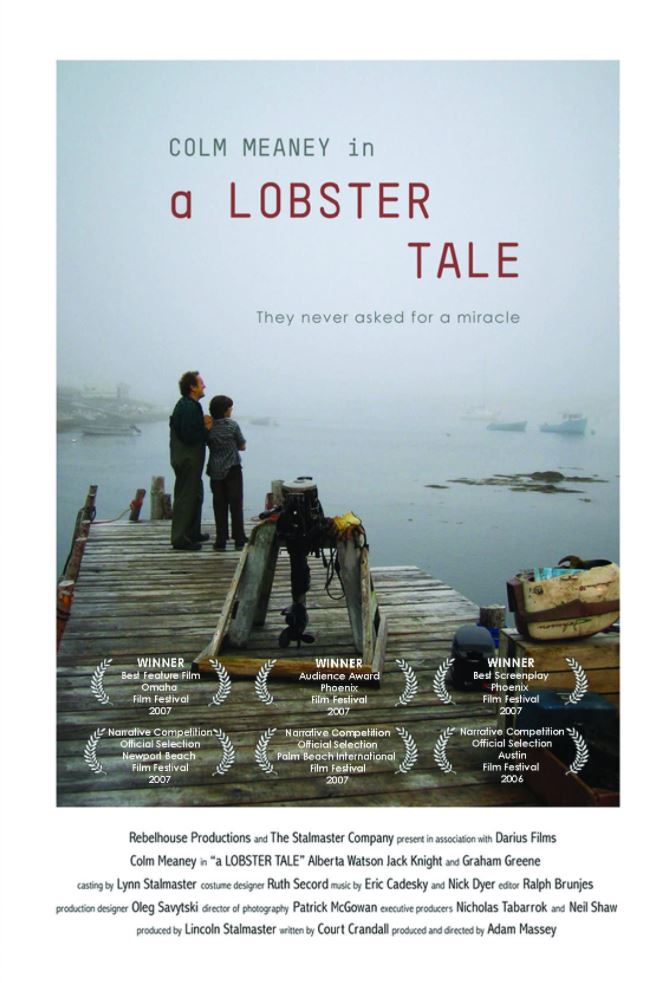 When our story begins, Cody Brewer (Colm Meaney) is just trying to eke out a living as a lobsterman. The passion has sort of gone out of his marriage, his wife feels neglected, and his son has just about lost all respect for him. This bully at school keeps getting in his face about the pants he wears and how he’s going to grow up to be a loser just like his dad. It’s the kind of aimless harassment that so often appears in movies, but the longer it goes on, the more Jake (Jack Knight) resents his father.

These are Cody’s circumstances when he pulls in a lobster trap with a bright green hunk of moss on the side. In fact, it’s such a bright, mysterious shade of green that he saves it in a rusty tin can. Then he forgets all about it until his finger gets chopped off. Seriously. The propeller on Cody’s boat goes dead, so he hauls it up out of the water and starts flicking at it with his fingers. With a little prodding it starts right up, and Cody’s index finger rolls off the boat and into the water. He saves it with one quick grab, then drops it into the rusty tin can for safe-keeping. Why not add tetanus to his list of woes? Luckily the magic moss intervenes, and with one blinding flash of light, his finger is reattached. One assumes that it simultaneously steals and restores your eyesight, because really, looking at light that bright cannot be good for you.

When Cody gets back to the shore, his friend is staggering around and smoking. You know how it is when you come home from a long day at work and discover that your neighbor’s arm is on fire. Bummer! Luckily Cody has his rusty tin can and his magic moss, so he whips it out, heals the burn, and eliminates the need to wait for paramedics. Then he goes home and his three-legged dog gets into the magic moss. Before you can smack yourself on the forehead, that dog’s got four whole legs again! And you can pretty much see where this is going.

Word of the magic moss soon gets out, and suddenly Cody has more friends than he can count. They all want some little affliction healed, and he has to be judicious in using the moss to the best end. With great power comes great responsibility, and Cody must deal with the consequences of granting (or not granting) his friends a miracle. Though he’s offered a huge sum of money to sell the moss, Cody bides his time until it gets stolen and, as Jake says, they wind up with nothing. AS USUAL.

Luckily the town sheriff (Graham Greene) overcomes his obsession with iced cappuccinos just long enough to locate the thief—a gross old impotent man. You can pretty much guess why he wanted the moss, although if it meant that much to him, I have no idea why he wouldn’t have hooked up with some Viagra years ago. Besides, why is there a gross old impotent man in a children’s movie? What little kid wants to see him get fresh with his haggy old wife? Ew!

In the end, there’s not a whole lot to this particular lobster tale. The actors all speak with really bad Maine accents which require them to reply “ayuh” instead of “yes” when spoken to, and after awhile it just seems like a bad parody. The story itself is pretty flimsy, and doesn’t really go anywhere. The magic moss doesn’t especially serve to bring the Brewer family together again, and the film’s climax involves a child getting cancer. Really? Somebody thought this was all appropriate for a family film? The whole thing just made me wish I could rub a hunk of magic moss on the DVD box and turn this clunker into a good movie. 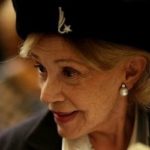 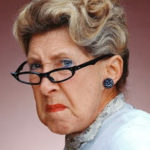