Beyond the witty one liners, the Cyndi Lauper songs, and the epic adventure lies a profound message about finding your tribe.
By moviepie-Adminon November 8, 2010
0 Comments
Our Rating 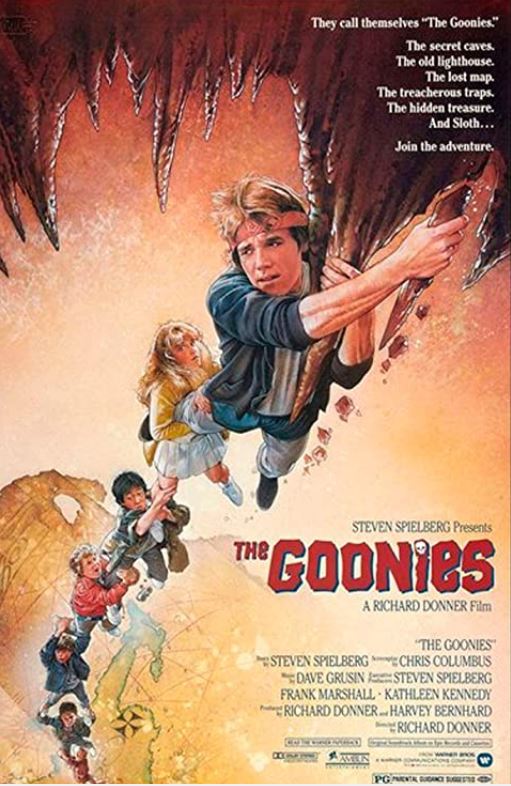 I’m always surprised by how few of our favorite movies are actually reviewed on The Pie, but it makes sense.  How do you begin to discuss something that has been an integral part of your life for years, if not decades?  How do you write a plot summary when you can’t so much explain what happens as you can recite all of the film’s dialogue verbatim?  Objectivity is out of the question, but who could possibly be better equipped to discuss the merits of a film than a true diehard fan?  Daunting as it may be, I’m about to attempt it in honor of the 25th Anniversary of my all time favorite film, The Goonies.

We meet The Goonies, a ragtag but loyal group of friends, during their last real weekend in the neighborhood where they grew up in Astoria.   Barring a miracle, “The Goondocks” will be destroyed by developers, and these four friends will scatter to the wind.  There’s Sean Astin as Mikey, the sensitive asthmatic, Ke Huy Quan as Data, the determined but fallible inventor, Jeff Cohen as Chunk, the always-hungry teller of tall tales, and Corey Feldman as the appropriately outspoken Mouth.  On this rainy Saturday, as they sift through relics from the museum where Mikey’s father works, the boys stumble upon a treasure map, and Mikey recounts the legend of One-Eyed Willy, a pirate whose ship full of “rich stuff” is still missing somewhere off the coast of Oregon.

Driven by hope, curiosity, and boredom, the boys sneak out of the house with the map to see what they can find.  Mikey’s older brother Brand (Josh Brolin) is sent out to find them, and he’s joined by his friends Andie (Kerri Green) and Stef (Martha Plimpton).  In all likelihood the afternoon would have come to a grinding halt if not for a run-in with the Fratellis, the crime family Chunk really did see fleeing police earlier in the day.  On the lam from a morning jail break, Mama (Anne Ramsey), Jake (Robert Davi), and Francis Fratelli (Joe Pantoliano), have little use for the four overly-curious kids poking around their hideout, but they’re not about to look the other way when the boys see too much, including a stiff in the freezer and an “it” named Sloth (John Matuszak) hidden away in the basement.

With the Fratellis hot on their trail, The Goonies follow the treasure map into the bowels of the abandoned restaurant and embark upon the adventure of a lifetime.  Can they really outrun the bad guys, survive One-Eyed Willy’s booby traps, find the treasure, and save The Goondocks?  It seems entirely unlikely, but Goonies never say die.

How do I even begin to explain how all of these elements add up to greatness?  The Goonies succeeds as an endlessly watchable action film and a comedy for all ages, but it is, above all, a love story.  Nevermind your typical boy-girl romance (though Andie and Brand provide a bit of that), The Goonies demonstrate a pure love for friends, family, and place.  We don’t find a smitten couple running down the beach and into one another’s arms at the end of the film – we find a group of kids, parents, siblings, and friends embracing each other in a place they call home.  Andie, the pretty, popular cheerleader, discovers that Goonies have far more to offer than the spoiled jocks, and after a lifetime of mistreatment, sweet, gentle Sloth breaks free of the Fratellis and finds a home with Chunk.

Beyond the witty one liners, the Cyndi Lauper songs, and the epic adventure lies a profound message about finding your tribe.  Your friends need not look or act like you to be the greatest allies you will ever have, and your family may not be the one you were born with.  The important thing is that you determine where your loyalties lie and that you always fight to defend them.

The Goonies 25th Anniversary Collector’s Edition comes packed with rich stuff, including a Goonies board game, a special reprint of the “Where Are They Now?” article from Empire Magazine article reuniting the cast and director, and ten storyboard cards with corresponding stills from the movie.  Perhaps most meaningful to fans is a reproduction of the 1985 souvenir magazine that accompanied the film’s release, which places a little piece of the past right in our hands.   The film itself includes director and cast commentary, making-of featurettes, and Cyndi Lauper’s fabulously freaky-deaky “Goonies ‘R’ Good Enough” music video. 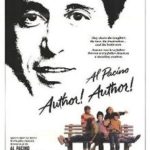 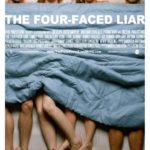