I don’t like singing children who have the prima-donna attitude of believing that they are good singers, and think they are cute to boot.
By Lindaon May 2, 2001
0 Comments
Our Rating 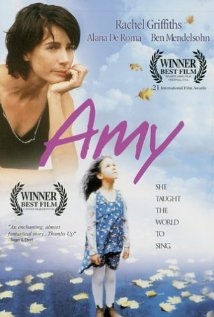 Call me a bitter person, but I really don’t like singing children. No, let me rephrase that… it’s a bit unfair. I don’t like singing children who have the prima-donna attitude of believing that they are good singers, and think they are cute to boot. The number one offender is, of course, the creepy little girl from the Pepsi commercials. Unfortunately for the movie Amy, the titular girl not only sings, but she bears as disturbing resemblance the the curly-haired demon elf whom we have all come to dread seeing on the telly.

Oh, but maybe I have already given too much away about the movie. This little girl Amy (Alana De Roma) is apparently deaf-mute, having been stunned into a world of silence upon her rock-star father’s death a few years earlier. Her mom Tanya (Rachel Griffiths) stubbornly believes it is just a matter of time before her daughter can be coaxed back into the world of sound, but in the meantime is dodging child-welfare folks who are trying to take her kid away.

Fleeing their outback home after one-too-many visits by the cartoonishly evil welfare folks, Tanya and Amy move to a run-down Melbourne slum to try to live anonymously. Of course, their neighbors are all colorful, including a guy named Robert (who just seems to sit on the porch strumming a guitar) who is the first to figure out that little Amy can only hear when people singing, and can actually speak, but only in song.

OK, now take The Umbrellas of Cherbourg, where the characters sang all their lines all the time (including such translated-from-French gems as “Oh shit! The boss is coming!”). I don’t mind that. And in Amy, I actually didn’t mind the adults of various vocal skills stumbling through singing their everyday communications with the girl. But once the kid opened her mouth (and didn’t shut up for the rest of the movie), I could tell that she, on film and in real life, is one of those kids who loves being the center of attention because of how cute and talented she is. Blech.

Since I just love Rachel Griffiths (she almost made Amy bearable), I mentally decided to rewrite the movie, instead calling the movie Tanya. It would still be about a rock star widow, maybe even with a kid (but with a muzzle on), and her trials and tribulations of moving on with her life in the shadow of her famous dead husband. The music therapy plot is somewhat interesting, so put in in a different movie, assign a director with a darker edge, and give the starring role to Björk as a child-like woman who can only hear and communicate musically. Then I’d pay to see both films. 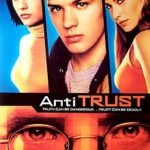 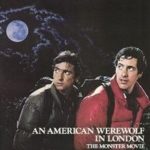