A viewer with any knowledge of the true story knows what is coming, which makes it all the more unbearable…
By Lindaon April 10, 2010
0 Comments
Our Rating 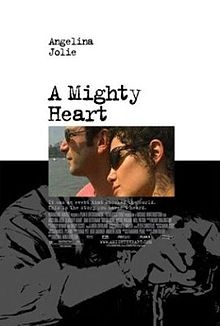 Angelina Jolie is (or can be) a very good actress. Angelina Jolie does a lot of great things with her celebrity. Alas, Angelina Jolie is also extremely overexposed in the media, to the point that, whether she likes it or not, it is difficult for the audience to separate the real woman from any characters she may play on screen. That is really too bad, since in A Mighty Heart she is showing some of her better acting chops for the first time in a loooong time.

A Mighty Heart is a brisk and fast-moving look at the aftermath of one of the more horrifying stories that hit the media after 9/11: the kidnapping and beheading of Wall Street Journal journalist Daniel Pearl. Based on the memoir by Pearl’s wife Mariane, the film has barely any setup until Daniel (Dan Futterman) simply doesn’t come home in time for a dinner party at their home in Karachi, Pakistan. Daniel had an interview appointment with a notably shifty and dangerous sheikh, and six-month pregnant Mariane (Jolie), herself a journalist, knows enough to sound an alarm when he is a mere few hours late, and she can’t reach him on the cell phone.

Things quickly steamroll into motion as Mariane’s living room is soon filled with local Pakistani police, American government liaisons, friends and co-workers, as they setup a ground-zero communications center to find Daniel before it is too late. Important players include Daniel’s friend and co-worker Asra (Archie Panjabi), who shares their home with them and is immediately under suspicion by the local media for her Indian background, “Captain” (Irfan Khan), the captain of the Pakistani police force investigating the case, and his WSJ editor Paul Bussey (Denis O’Hare). The house is packed and full of tension, as a white board full of leads and names begins to resemble a spider-web as suspects are added, linked, and often end up as dead-ends.

A viewer with any knowledge of the true story knows what is coming, which makes it all the more unbearable when there is a false report of Daniel’s body being found. The style of the film, like many of Winterbottom’s other films, is hand-held documentary-style, which makes the story feel all the more urgent and nail-biting. Mariane is an extremely strong woman, and holds her head high through the ordeal, so much so that a televised plea to the kidnappers makes her look almost unaffected and emotionless. When the bad news finally comes (thank god they convey Pearl’s fate only through the reactions of the characters, rather than re-enacting the gruesome videotape), it is heartbreaking. It is also the only time you see Mariane truly break.

A Mighty Heart is truly an ensemble piece, with a large handful of characters playing an important part of the story, and all of them holding their own on-screen (except maybe Will Patton, who came across as a bit too “cowboy American” for my taste). According to the DVD featurette, the cast basically lived and breathed their roles in that house where all of the action takes place, so that as they got to know each other, the characters got to know each other. Angelina Jolie is fine… and has to be, considering she is in almost every scene. Her accent (Mariane is French) is kind of odd, and she looks virtually exactly the same in every scene, her frizzy hair piled up on her head, and her bronzed skin all aglow. Her celebrity is admittedly kind of distracting, despite her best efforts, but she does not embarrass herself by any means. The real star of the film for me was the excellent Irfan Khan as Captain. He proves that his excellent work in this year’s The Namesake was no accident, and plays the important role of showing a Muslim Pakistani who is not only not a terrorist, but is an intelligent decent man with strong morals because of his religion.

This is a tough movie to watch, much in the same way as United 93 was. Daniel Pearl’s violent death may be an event that is too fresh and raw in people’s minds, but the film is worth seeing, especially as the conflicts in Iraq and Afghanistan show no signs of improving. The DVD offers some information about organizations befitting Daniel Pearl’s legacy, including the Committee to Protect Journalists, a 40-year-old organization centering around protecting the rights of journalists to report world news, and the Daniel Pearl Foundation which promotes cross-cultural understanding through journalism, music, and innovative communications. 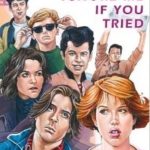 PreviousYou Couldn’t Ignore Me If You Tried: The Brat Pack, John Hughes, and Their Impact on a GenerationNextA Single Man 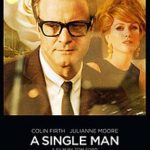