Antitrust is a revenge flick. It is a bitter screenwriter’s revenge against Bill Gates for not getting hired at Microsoft.
By Lindaon January 12, 2001
0 Comments
Our Rating 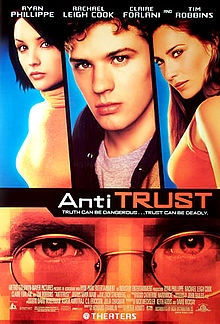 Hollywood needs to be told that computer geeks very rarely look like Sandra Bullock (The Net), Ryan Phillippe (Antitrust), or Angelina Jolie (Hackers). If these people worked in marketing, I might believe it, but programmers? Unfortunately they (or do I mean many of the people I know?), are a heck of a lot more scrappy than model-esque. Not that there’s anything wrong with that. It’s just reality.

Antitrust is a revenge flick. It is a bitter screenwriter’s revenge against Bill Gates for not getting hired at Microsoft. It is a computer geek’s revenge at the real world for not getting to work with fantasy geeks like Ryan Philippe or Rachael Leigh Cook, but instead getting to work with a pasty-pale guy that doesn’t know how to trim his beard and has limited social skills. I’m not trying to be mean, just realistic. Believe me, I’ve been there.

Ryan Phillippe is a computer geek named Milo. He’s a hottie, but you know he’s smart because he wears glasses, which conveniently reflect lines and lines of code from his computer screen as he thoughtfully cracks the meaning of the universe. Milo gets recruited away from his best friends (traitor! sellout!) for a job at Microsoft, I mean N.U.R.V., to work for Bill Gates… I mean Gary Winston (Tim Robbins). Portland subs for Seattle. More like Vancouver subs for Portland subbing for Seattle (the corporate campus looks like it is right next to western Canada’s stunning Lake Louise). And Gary Winston lives in the San Juan Islands obviously, which everyone in our theater recognized, which sure is far from Portland… but let’s not get too picky.

The N.U.R.V. corporate campus is delightfully right-on-target. The buildings are numbered—with Building 21 being the core of the mystery and deceit behind N.U.R.V. that Milo needs to uncover and expose to the world. The beautiful programmers eat in a sunny, inviting cafeteria, and the campus is a lush green, with playful sculptures of a keyboard and a whiskered “mouse” on the lawn. The workspace is full of toys, and people act at the social level of high schoolers. And Tim Robbins is a hoot as a bespectacled overgrown boy with a lot of toys, and a nasty mean streak (Gimme! Gimme! Or I’ll send my brother to whack you over the head and steal your programs!).

Antitrust is completely ridiculous… a looming worst-case scenario of Bill Gates taking over the world in the meanest ways (rather than simply absorbing companies and stealing code, which is how he works now). Ryan Phillippe and company are barely believable in their roles, and things like sesame seeds (gasp!) play major dramatic roles in the plot. But despite its silliness, I can see Antitrust  as an amusing diversion for people in the computer geek world (especially in the Northwest), if only to scoff at how ludicrous the film is. But for god’s sake, don’t pay any hard earned money for this film! Sneak in, or make a friend rent it for you when it comes out on video, then you can enjoy it guilt-free. 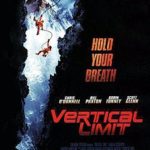 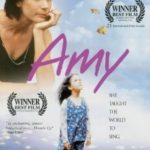