I’m always pleased to see another lovely Spanish export come to Hollywood, broken English and all! Javier Bardem, previously seen in films like Almodovar’s drama Live Flesh and the sexy Jamón, Jamón (with young Penelope Cruz), makes an impressive English-language debut in Before Night Falls (and getting a Best Actor Oscar nomination to boot).
By Lindaon November 9, 2012
0 Comments
Our Rating 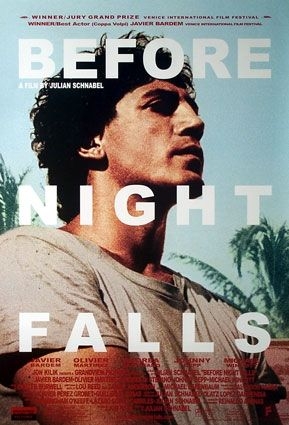 In this film biography, Bardem portrays Cuban poet Reinaldo Arenas who was persecuted not only for being political and a writer, but for being gay in a time when revolution and counter-revolution brought Fidel Castro to power. This kind of true-life drama is ripe for film, as one man’s life has the backdrop of violence, love, art, escape, freedom, and tragedy.

Director Julian Schnabel is an artist-turned-filmmaker, with his only previous movie credit being Basquiat, another biographical film of a struggling artist. Schnabel’s style is visually very beautiful, and he creates noticeably unusual shots and interesting transitions. The score is ethereal, yet moody, contributing to his often dreamy sequences and scenes. But he should have paid a little more attention to the story. Sometimes transitions were a little difficult to follow, and the passage of time was unclear (which is important to a true-life story).

But Javier Bardem makes up for Schnabel’s weaknesses. He believably plays Arenas from a boyish student to a middle-aged man trying to start a new life in New York City. Bardem is surrounded by a bevy of beautiful actors, including Andrea Di Stefano as his first love, Olivier Martinez as his friend who moves to New York with him, and Johnny Depp in two roles: as a sadistic prison guard, and a transvestite (Johnny, of course, looks FANTASTIC in drag!).

Despite being a bit uneven, Before Night Falls is an interesting and well-acted biography of a persecuted artist, as well as an eye-opening portrayal of the turmoil of Cuba’s late-20th-century political climate and culture. 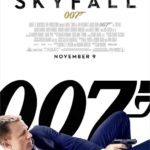 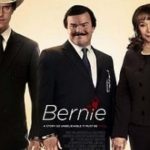