The movie ends up being a mix of good sci-fi and any typical cop movie with a serial killer.
By Tomon September 23, 2012
0 Comments
Our Rating 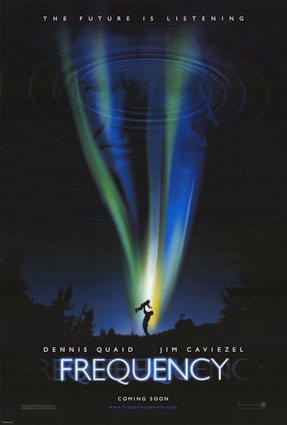 John Sullivan (Jim Caviezel) seems to have never moved out of his parents’ house. One day his best friend’s kid (or was it is brother??) is looking through his closets and finds John’s dad’s old ham radio gear in a box under the stairs. Just for fun, they hook the radio up to see if it still works (funny how his dad even left the antenna still up on the roof… my ham radio stuff all got ripped down after I moved out of my parents’ house!). Suddenly, John hears a guy that has the same call sign as his father, calling himself Frank Sullivan (Dennis Quaid). After talking a bit, he finds that he really is talking to his dad on October 10, 1969—exactly 30 years in the past. There is a massive solar flare on both of those nights 30 years apart and that apparently allows them to talk through time.

The movie plays with the usual time-bending tricks where John will save his dad’s life from a fire, lung cancer, and of course a serial killer. As John changes the past, the present also changes in good and bad ways. (This always happens in time-travel movies.) Being that John is a cop, he also conveniently solves a 30-year-old murder mystery—but only after history was twisted around and more people were killed, including almost his… [SPOILER—See the movie!].

When I found out that this movie was based on a strange ham radio contact (being one of those ham radio operators myself) I figured I had to see it. I did like the movie, and it had an interesting start, but then plot then follows the standard “mess with the past and you’ll screw up the future” path. It does have some humor, like when John, with his knowledge of the future, hints to his friend in the past, “Yahoo… Yahoo… write that down and remember it!” But the movie ends up being a mix of good sci-fi—like Contact and the Star Trek: The Next Generation episode “Yesterday’s Enterprise”—and, unfortunately, any typical cop movie with a serial killer.

Among the extras for the Blu-Ray release are two audio commentaries: One by director Gregory Hoblit, and another by writer/producer Toby Emmerich and actor Noah Emmerich (brothers!). There is a gallery of four versions of the solar sequence at the beginning of the film, as well as an interesting five-part series of featurettes about the science & technology behind the film (like time-travel, ham radios, and fire fighting). There is also a music commentary track by composer Michael Kamen, plus deleted scenes and a theatrical trailer. 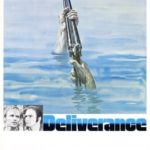 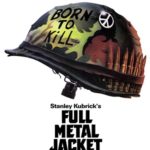