Grave of the Fireflies (Hotaru no haka)

Grave of the Fireflies is simply one of the most beautiful films ever made, animated or not.
By Lindaon December 28, 2009
0 Comments
Our Rating 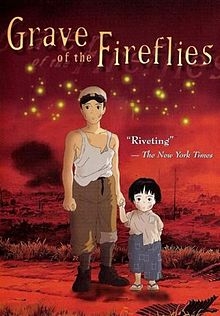 It’s a shame that this film is only well-known in its native country of Japan and by discerning international fans of anime. In the Internet Movie Database (www.imdb.com), it is consistently voted by readers as one of the top 250 films of all time and is at, or near, the top position for all animated movies (juggling the number one slot, not surprisingly, with other anime films from Studio Ghibli). Grave of the Fireflies is simply one of the most beautiful films ever made, animated or not.

Fireflies is a rather simple story about the loving relationship between a brother and a sister. Taking place in World War II Japan during the firebombings, it follows the struggle for survival of two orphaned children that are unwittingly thrust into the position of fending for themselves.

14-year-old Seita is a responsible boy, just barely too young to be off fighting himself. When their mother is killed in the raids, and their father doesn’t return from battle, Seita takes it upon himself to care for his 4-year-old little sister Setsuko. Trying to shield his little sister from the atrocities of the reality around them, Seita concocts for his sister half-truths and fantasies to keep her spirits up and her hopes alive.

Let me just say, you will never see a scene more heartbreaking as where Seita has proudly gotten ahold of an impossible-to-find watermelon, only to find that his sister is too weak from malnutrition to eat it. If this movie doesn’t have you sobbing by the end, you are simply without heart.

But don’t get me wrong! Grave of the Fireflies, despite its bleak and hopeless setting, is as beautiful and full of love as the relationship portrayed in the film. This film, more than any Hollywood-produced animation, shows that animated “cinematography” is truly an art form. It is like watching a gorgeous picture book come to life.

A Japanese friend of mine told me that this film is shown every year on Japanese national television on the anniversary of the Hiroshima bombing. There is arguably no better film that illustrates the effect of war on the innocent: the children. Grave of the Fireflies is not only a must-see for any cinema fan, but should be required viewing for everyone. 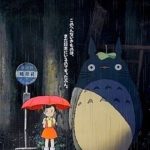 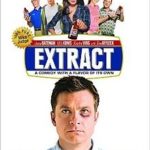